Spicing Up The Basket 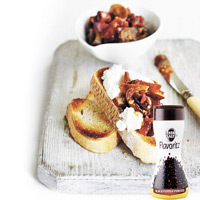 On the other hand, there's good growth potential in the smallest part of its business portfolio — consumer products. Especially foods. In 2011-12, this division garnered a little over Rs 900 crore, and the target is Rs 1,000 crore this year.

In branded pulses (i-Shakti brand), it is looking at doubling sales to Rs 100 crore this year.

According to Mukundan, the foray is aimed at capitalising on the big shift taking place in consumer categories where people are moving away from loose to packaged. "We are not creating fresh distribution for pulses but riding on the strength of Tata Salt's network," he says.

In pulses too, the firm is pursuing a strategy of differentiation. "The topmost attribute we are playing up is that our pulses are unpolished," says Ashvini Hiran, COO, Consumer Products Business. To build the category, Hiran says the company is relying more on direct customer engagement activities, for which it has roped in celebrity chef Sanjeev Kapoor. On his FoodFood channel, a 13-part series ‘How to Cook Dals' showcased recipes featuring unpolished i-Shakti dals.

Like salts, in pulses too, the back end has been sewn up. Describing the farm-to-fork strategy, Mukundan describes how subsidiary company Rallis supplies seeds to farmers, and also helps source the pulses. The processing is outsourced to third-party vendors, and then Tata Chem takes over at the front end of the distribution chain.

With the government also promoting a "grow more pulses" strategy, Tata Chem has struck up some opportune partnerships. In Tamil Nadu and Maharashtra, for instance, where farmers get a seed subsidy to shift from rice to pulses, Tata Chem is partnering the state governments. Clearly, it has read the pulses right.