Spiced With Flavours Of Odiya Cuisine

F&B Conclave & Expo, the cuisine of Odisha, was among the many topics that spurred debates on a rapidly growing industry 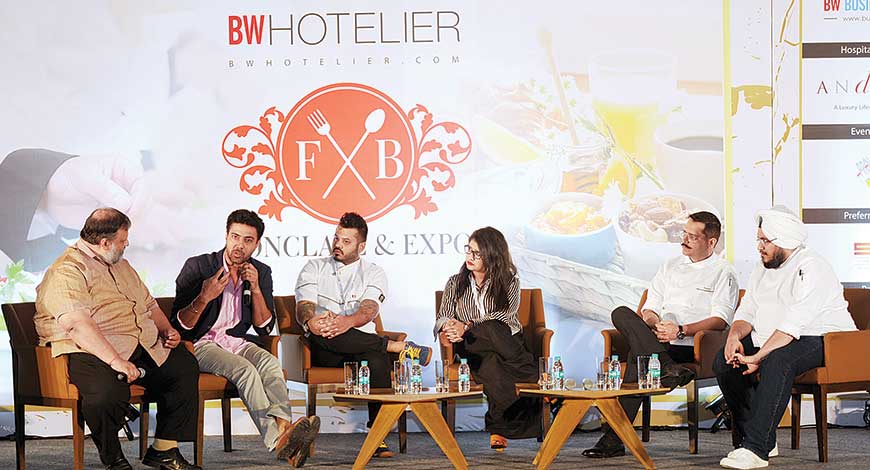 The Food and Beverages (F&B) industry is the fifth-largest segment within manufacturing industries. Between April 2000 and June 2017, foreign direct investment (FDI) worth $7.81 billion flowed into food processing industries, making the sector the 13th largest to receive FDI in India. BW Hotelier chronicles the achievements of F&B industry every year and the fourth F&B Conclave and Expo in 2018   focused on the regional cuisine of Odisha. The event was held at The Andaz, Delhi on 27 July, 2018 and strove to give Odisha cuisine the attention it deserves.
The panelists at the conference spoke of the future of food services, the restaurant industry and on the crucial issue of the supply chain. Celebrity Chef Ranveer Brar dwelt on the trend in global cuisine in his special address. Global cuisine, he said, would take front stage ten years down the line. “The biggest attribute today to consumers is information,” he said, “and today’s consumer is well informed and travelled.”

Speaking on the theme of the conclave, ‘Odisha Cuisine’ Oriya food expert Madhulika Dash, said  these cuisines, which are almost 20,000 years old, had spread pan-Asia.Deboo Pattnaik, Director, The Crown Bhubaneswar and Director, DALMA Comforts and Entertainment Company, pointed out that “Orissa cuisine is mostly considered synonymous with the temple cuisine, of which the most popular are the Jagannath and Bhubaneshwar temple cuisines.”

‘Thinking beyond Whiskey’ panelists split hairs on the beverage of the future. The conclave churned out in-depth knowledge of the sector. It ended on an optimistic note, foretelling immense potential for the F&B industry.