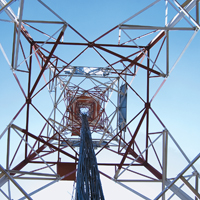 08 November, 2014
Print this article Font size -16+
The auction of spectrum has surprised almost everyone in the industry. What most people expected to finish in three days has already crossed five days. The bets are now off on how long it will continue, but it is likely to end up with many a bruised telco. At current levels, the government can get Rs 54,601 crore from the auction, an increase of Rs 1,937 crore over yesterday’s level of Rs 52,664 crore.

If one goes by the bidding today, it looks as if the action in the entire telecom sector in India is restricted to Delhi. The base price for 1MHz of 900MHz band spectrum has risen by Rs 45.44 crore to Rs 684.7 crore. That means the government can get Rs 10,995 crore from Delhi. That’s a good 20 per cent of the total earnings. The rise in the Delhi spectrum price in the 900MHz band accounted for 93.9 per cent of the increase in the band. The action spread to the 1800MHz band in Delhi on Friday (7 February) with an excess bidding of 23 at the end of bidding. Only Assam with 31 had more excess demand, while UP West had four.

The per KHz price rise in Delhi accounted for 82.1 per cent of the total appreciation of Rs 12.73 crore per 200KHz in the band. The continued rise in the price of the Delhi circle could end up being a problem for Bharti Airtel which sees a large chunk of revenues coming from there. While  the Delhi price shot up, in the 900MHz band, Mumbai was static while Kolkata rose by a mere Rs 1,92 crore.

What has amazed most people is the potential that has suddenly seemed to emerge in Assam. Or is it just part of the big hedging game? That will be clear when operators actually start rolling out networks.