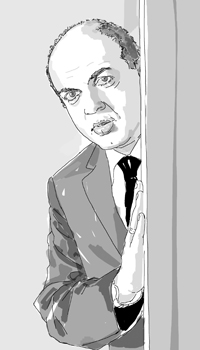 The volatility in the international economy does not help either. The appreciating US dollar, high oil prices, the crisis in Europe, conflicting signals from the US — all have meant that predictability is poor for companies and sectors that have dependencies and linkages with international markets, and this includes financial services, real estate, information technology, IT-enabled services and a whole range of other sectors. When there is volatility, companies get cautious about hiring. Nobody wants to make long term bets.

The macro scenario apart, if one analyses major sectors, there is no good news either. In IT, the star over the past decade and a half, the depreciating rupee may seem like positive news, but there is serious demand side softening given the economic situation in Europe and the US. Ditto for BPO and other export industries. Telecom faces a problem of over-capacity and declining prices and margins. This sector is a prime candidate for downsizing before it expands. In insurance, regulatory changes over the past year or two has meant that companies will go through a bout of pain before growth returns. No good news from retail either, with the FDI policy put in cold storage.

The infrastructure order books are not looking good. One is not sure how soon major hiring will happen here. The automobile industry is going through serious demand softening. Capital markets are in a bearish phase impacting all jobs related to this space. The much hyped e-commerce firms have limited employment potential in the near term. In any case, many of these companies will not be able to raise further rounds of funding and valuations may have peaked for a while.

Having said this, the situation could reverse pretty soon with growth and jobs coming back. For this to happen, both government policy and the macro economic factors would have to be favourable.

While the government cannot do much about the external environment, a few judicious policy measures to stimulate growth could help. But even if these are taken tomorrow they will take a few months before they have an effect. Until then, however, it is a period of the job market going sideways.