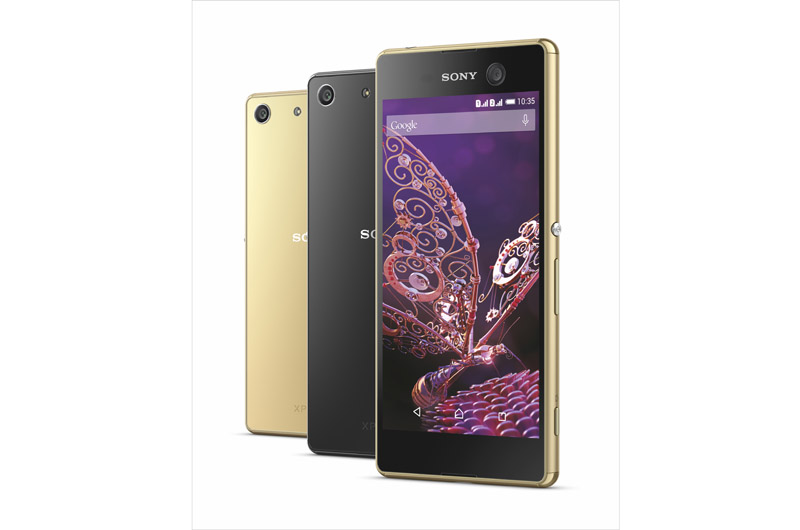 Sony made a huge buzz this year by announcing the world’s first 4K display equipped smartphone along with two other models in the Xperia Z5 family at IFA 2015 in Berlin, Germany. But before these handsets head to India, the company has announced the Xperia M5 Dual. The Xperia M5 Dual is an update for the Xperia M4 Aqua and continues Sony’s legacy of making beautiful looking handsets in a waterproof body.

The M5 Dual shares its design with the Xperia Z3 but packs in Sony’s all new 21.5MP rear camera that is said to be one of the fastest cameras available on a smartphone, similar to the ones shown off on the new Xperia Z5 family. It comes with a 0.25-second Hybrid autofocus technology which packs in both Phase Detection AF and Contrast Detection AF making it super quick. The camera also comes with 5x Clear Image Zoom which Sony claims that it allows you to get close without losing any quality. The camera also has the capability to shoot crisp 4K videos. For the selfie lovers there is a 13MP camera on the front which promises to deliver great pictures as well.

Talking about the specifications the Xperia M5 Dual runs on MediaTek’s latest Helio X10 octa-core processor with 3GB of RAM, 16GB of storage which is expandable with a microSD card of up to 200GB, a 5-inch full HD display with Sony’s Bravia engine, a 2,600mAH battery and 4G support with dual-SIM card slots. Like most of the Sony handsets, this also is dust and water proof which has now become Sony’s trademark.

Sony has also been known to price their handsets on the higher side and the Xperia M5 Dual follows the tradition. Priced at Rs. 37,990 the smartphone is very close to the flagship smartphone territory although it is not Sony’s flagship smartphone for 2015. The M5 Dual is a great handset but it is definitely not going to attract customers especially in a price conscious country like India.