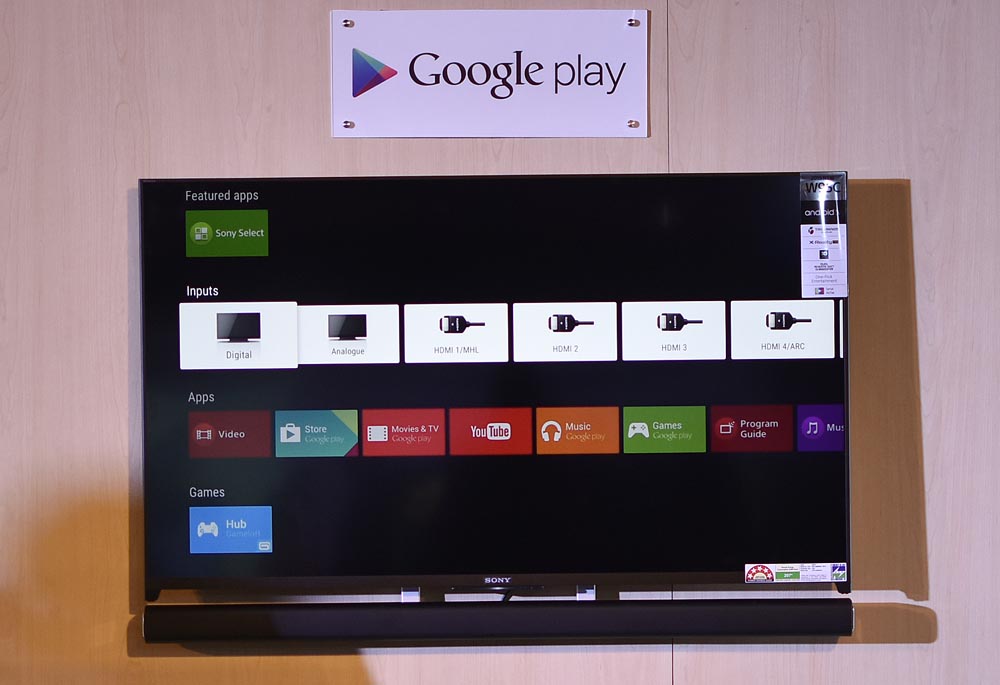 Sony has just launched its new range of Bravia LED TVs in India which come loaded with Google’s Android TV. The Android TV range made its first appearance at CES 2015 (Consumer Electronics Show) in Las Vegas earlier this year. With this launch Sony is the first brand to officially bring in Android TV based televisions to India after Google announced the platform last year at Google I/O.

Android TV is basically Google’s new ecosystem for televisions that has Google and Android services embedded in them. One can search for content on YouTube, download apps and games from the Google Play Store and even perform Google search all through your television.

The new range of televisions includes 13 models ranging from 43-inches and goes up to 75-inches. The low-end range which starts at Rs. 69,990 includes full HD 1080p models and the higher range has panels that support 4K UHD resolution.  Sony also announced its flagship range which is the world’s slimmest LED TV with a thickness of just 4.9mm and it certainly looks brilliant. All the televisions are going to have 16GB of internal memory out of which 8GB will be available to download apps and they will be powered by an ARM 7 processor. The TVs will support external memory expansion, however only for media storage. Sony confirmed that they will supply with voice enabled remote only to the high-end models and if customers want they can get the remote for Rs. 2,999. Thanks to Android TV the new range will also support third party joysticks and gaming controllers to have a better experience of gaming.

Sonyhas added some extra features along with Android TV like the Catch-Up TV app which allows viewers to watch their favourite TV serials anytime from a wide variety of National & Regional channels. Then there is ‘Notify BRAVIA’ app which allows the TV to notify the customer if he gets a call, sms, email or any other notification on the smartphone connected on the same network. There is also a privacy setting that gives users more control over the information they want to display on their TV screens.

Prices for the new television range is as follows:

Rest of the range is expected to arrive in the month of August.