Mumbai (Maharashtra) [India], September 28 (ANI): Calling him a 'bonafide rockstar', actor Sonam Kapoor on Monday extended birthday wishes to her 'Sanju' co-star Ranbir Kapoor and wished him 'everything badhiya' (good) in life.
The 'Neerja' actor shared a short clip from the 2018 biographical 'Sanju' and penned a birthday message for Ranbir on Twitter. 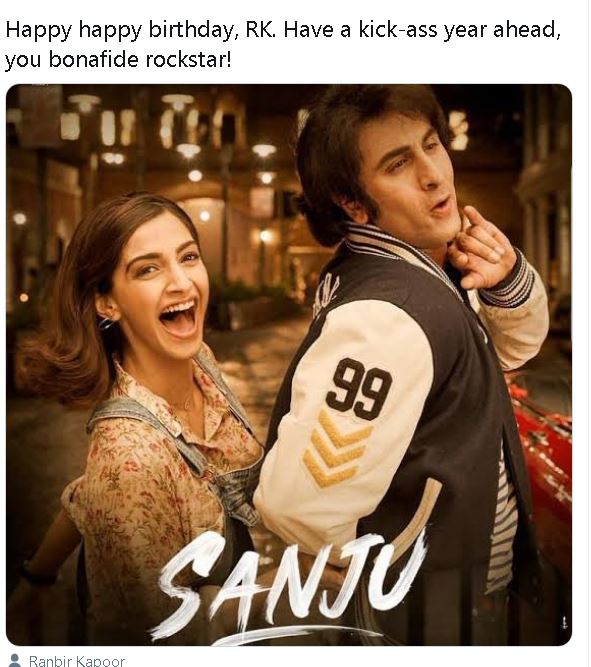 The first birthday post is the poster of Sanju, which captures a funny moment between the two when Sonam is seen teasing Ranbir by bending stretching his arm to the back, while she smiles and Ranbir makes a rather goofy face.
Along with the poster, the 'Aisha' actor noted, "Happy happy birthday, RK. Have a kick-ass year ahead, you bonafide rockstar!"
In another post, Sonam shared a clip from song 'Badhiya' from their film wherein the duo is seen dancing to the rhythm of the song. 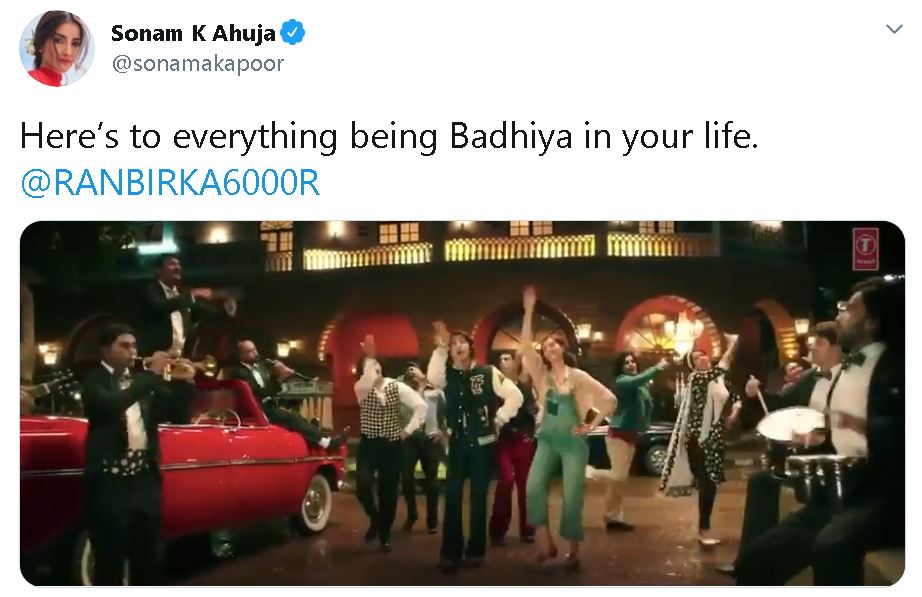 Accompanying the post, 'The Zoya Factor' star penned a special birthday note, writing "Here's to everything being Badhiya in your life."
Sonam and Ranbir together made their debut in Bollywood with Sanjay Leela Bhansali's romantic drama 'Saawariya' in the year 2007. (ANI)