So, What’s Your Whuffie Now? 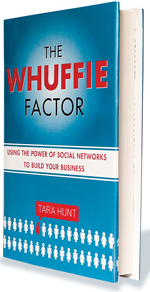 Social capital is a term one would have written off a few years ago as an oxymoron gone horribly wrong. For the uninitiated, social ‘capital' is what you stand to gain from your social presence — your reputation and trustworthiness. It is not a new phenomenon, but one that has gained mass media acceptance and credibility over the past couple of years with the rise of social networks such as Facebook and Twitter. Just ask Barack Obama's presidential campaigners, celebrity tweeter Gul Panag or Dell!

But with everyone, from your grandma to local MP getting into social networking, how do you orchestrate some of that social capital to come your way? And it is here that today's guides to social capital come in.

The first, The Whuffie Factor, might come off bordering on the strange if you are not familiar with the term. A whuffie really is the social currency on which you can be measured. For example, the results that come up when a stranger Googles your name, and what each result says about you. It is the modern day equivalent of the "it's not what you know, but who you know and how well that counts".

And who better than to pen this down than Tara Hunt; someone who is regularly consulted by companies on how to harness the power of online communities, and who is herself a case study on personal branding. Yes, you are right: her whuffie's strong. In this book, Hunt outlines how being nice to your customers and participating with integrity in online conversations can do wonders for a brand. She sketches five elegant yet simple principles, and the first one is the most critical for businesses and individuals: stop talking, and start listening more to their community. Hunt stresses on involving one's business and self into the community that one is serving, and giving back to the community while being profitable.

Over the course of the book, Hunt also argues the case for whuffie to be the only surefire way to make money while growing a business online. Instead of the traditional approach of wealth creating the whuffie, the whuffie will increasingly create the wealth. And Hunt's case has a lot going for it. And unlike the old school logic of stashing cash in the bank, Hunt prescribes that "saving whuffie for a rainy day doesn't work as well as saving money for a rainy day…Whuffie increases in value as it circulates throughout the community". Well past the read, you realise that doing a lot of what Hunt practices and preaches works. She is accessible online, and despite her 28,000 followers. She is very one-on-one with everyone. That earns her a lot of whuffie in my book.

The strengths of the book are the frequent business case studies, with coverage of Obama's social media approach, and those from JetBlue and Coca Cola. I also liked the little chapter-end summaries that recapitulate the lessons. But an important aspect Qualman does not explain is how successful social media strategies were, and are, to be evolved. If you are in the business of devising a social media strategy for your firm, this will give you the ropes, but not go very far in tying them together.

The narrative is compelling, and the examples drive the point home. It is just that a book that chose the moniker of ‘socialnomics' does not have an awful lot of research on how social media is directly impacting businesses and the economy at large. The book talks a lot about the potential of social media, but does not dig too deep into the actual numbers behind that potential. No mention of costs or profit, and the numbers that are mentioned are often creatively invented. A little less social media pitch and a lot more research into social media's long-term impact would have made all the difference.

Authors' Details:
Author, speaker and marketing consultant Tara Hunt has spent the past 15 years of her life online. She holds a degree in communications and cultural studies from the university of Calgary. A regular blogger on information technology and society, Hunt is widely known for several projects in marketing and community-building. She lives in Montreal, Canada.

Erik Qualman is the global vice-president of online marketing for the Switzerland-based EF Education, one of the world's largest private educators. This social marketing expert has worked with the marketing and e-business divisions of General Motors, BellSouth, Yahoo and EarthLink. He holds an MBA from the University of Texas at Austin. He writes for publications such as SES Magazine.