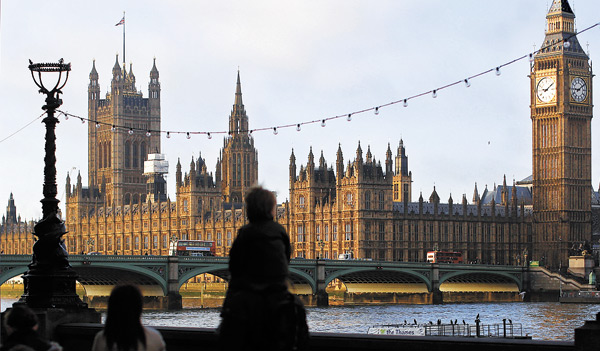 08 November, 2014
Print this article Font size -16+
This is a European Union (EU) decision that is not going down well in the city of London. EU officials want to introduce the strictest pay limitations in the world — not allowing any banker to earn a bonus bigger than his annual salary without consultation with the bank’s shareholders. European bankers can expect their bonuses to be capped from as early as next year. The decision was part of an initiative on bank regulation to insure the bloc against international emergencies, which often left taxpayers footing the bill for bank failures. The step is expected to have a strong impact on Europe’s financial capital, London, but politicians hope the law will soothe public anger about excessive earnings in the financial sector and make banks safer. The legislation is pending EU approval.

AN ITALIAN STALEMATE: The Italian elections have unsettled most of the European economies, already teetering on the brink. The polls have thrown up a hung Parliament, with centre-left leader Pier Luigi Bersani getting a hair’s breadth majority over centre-right leader Silvio Berlusconi in the lower house, but not in the Senate. The possibility of re-elections as early as six months down has sparked deep concerns that sustained instability in the euro zone’s third largest economy could reignite Europe’s debt crisis.

STAYING AFLOAT: Bowing to political and regulatory pressure, the Royal Bank of Scotland (RBS) said it would cut down the size of its already shrunken investment bank and sell off a stake in its US business Citizens. Top management also said it was hopeful that the government would start selling its 82 per cent stake next year. Britain had pumped £45.5 billion into RBS during the 2008 financial crisis. The plan to shrink further means RBS’s prospects are now inextricably linked to that of the British economy.

HARD DECISIONS: US President Barack Obama ordered broad cuts in government spending on 1 March after he and congressional Republicans failed to reach a deal to avert automatic reductions that could dampen economic growth and curb military readiness. Government agencies will hack a total of $85 billion, known as “sequestration”, from their budgets till 1 October. This round of automatic spending cuts is only one of a decade’s worth of annual cuts of the $1.2 trillion mandated by law. Congress and Obama could still halt the cuts in the weeks to come, but neither side has expressed any confidence they will do so. Half of the cuts will fall on the Pentagon. Most non-defence programmes, from NASA space exploration to federally backed education and law enforcement, face a 9 per cent reduction.

PARTING SHOT: US-based multinational Nike has suspended its endorsement deal with Oscar Pistorius, the South African Olympic athlete charged with murdering his girlfriend at his home. “We believe Oscar Pistorius
should be afforded due process and we will continue to monitor the situation closely,” Nike said in a statement.
Pistorius had been getting about $2 million annually in endorsement deals, according to published reports. Eyewear maker Oakley, his other major sponsor, has already suspended its deal with him, according to reports. The Nike campaign is particularly bad PR for the firm as it refers to him as “the bullet in the chamber”.

SMALL SERVING: The number of people being paid the federal minimum wage dropped last year, according to the US Bureau of Labor Statistics. An estimated 3.6 million people were paid hourly rates at or below the federal minimum in 2012, down from 3.8 million a year earlier. The $7.25 minimum wage has been in the spotlight recently after US President Barack Obama proposed raising it to $9 in his State of the Union address.

You’re Fired! Groupon Inc, a leader in Internet daily deals, fired Andrew Mason as chief executive officer on 28 February, ousting a co-founder who captured headlines with his quirky style but failed to reverse a crumbling share price or stop a gradual erosion of its main daily deals business. In an unusually candid post-firing letter, Mason confessed he was getting in the way of the company he co-founded, and had failed in his role as leader.


TURNING TABLES: Japan’s former finance ministry official Haruhiko Kuroda has been named as the next head of the Bank of Japan (BoJ). The government hopes this will help loosen monetary policy at the central bank. It will be interesting to see Kuroda’s game plan since he has been critical of BoJ in the past, saying it has been too timid in its efforts to spur growth and fight deflation.

BACK ON TRACK: Japan’s industrial output rose for the second month in January, offering some evidence that the export-reliant economy may be emerging from a mild recession due to a pick-up in global demand and a weaker yen. The 1 per cent hike in production from December followed a 2.4 per cent gain in the previous month, which was the biggest gain since 2011, trade ministry data showed. The data covers the first month in office for PM Shinzo Abe, who has vowed to revive Japan’s economy with his “Abenomics” — a mix of monetary and fiscal stimulus.

NOT SO YUM: Yum Brands said it will stop using more than 1,000 slaughterhouses in China as it moves to tighten food safety and reverse a sharp drop in business at KFC restaurants after a scare over contaminated chicken. Diners began avoiding Yum’s nearly 5,300, mostly KFC, restaurants in China in December after chemical residue was found in a small portion of its chicken supply. Yum was not fined by the Chinese food safety authorities, but its restaurant sales in the country dropped and are yet to recover. As a result, Yum warned this month that it expected 2013 earnings per share to contract.