Smile And Pay Up! 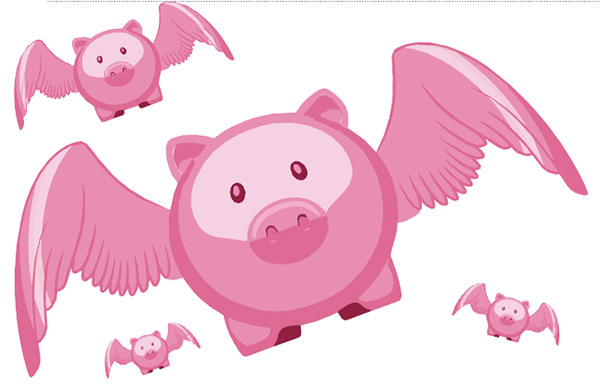 02 December, 2014
Print this article Font size -16+
A single cashpoint counter — with mild air-conditioning and one tubelight — generates a power bill of around Rs 5,500 every month. Topping the counter with a second automated teller machine (ATM), better air-conditioning and 24-hour security could raise the cost over four-fold — excluding the rent, which could add to the tab by a few more thousand.

A back-of-the-envelope cost analysis shows that banks incur a cost of Rs 12 to Rs 17 every time you make an ATM transaction.

Prima facie, the ATM cost matrices look unattractive and skewed against banks. But the impression changes when one considers the costs incurred by ATM users.

Every year, users have to pay card charges (on debit and credit cards) to banks. Some banks impose additional usage charges if a card is used without sufficient balance in the bank account. These aside, most ATM services — beyond a preset ‘occurrence’ limit — are billed by the banks.

The question now is: Are banks justified in levying charges for facilities that bring about overall efficiency in banking? One should bear in mind that some of these facilities and services are indirectly financed by customers in the form of annual charges and threshold deposits.

Automatic Teller’s Tale
Most banks allow free banking transactions on home ATMs (ATMs belonging to the account-holder’s bank) and, in the case of non-home ATMs, five transactions a month are free. The sixth transaction onwards, most banks charge Rs 20 for cash withdrawal and Rs 8.50 for services such as balance enquiry or mini statement.

ATM charges, however, vary in metros (Mumbai, New Delhi, Chennai, Kolkata and Bangalore), where RBI has allowed banks to limit free non-home ATM transactions to just three. The new regulation is set to be effective from 1 November 2014. The central bank has also allowed banks to charge account holders a fee for using ATMs beyond five times a month. But this can only be done on the basis of a board-approved policy.

Bank customers in other countries are burdened with no such charges. In countries such as the UK, Norway and Ireland, almost all ATM transactions are free for customers. The cost of installing ATMs is borne by banks and card issuers. Some banks such as those in Australia and Germany allow free ATM usage, but use the facility to market their investment products. In India alone, the option to use a card turns into a cost centre (for customers) after a few transactions.

That said, not many in the banking and financial service industry feel Indian customers are charged unreasonably by banks for their services.

“Banks are forced to limit free ATM transactions, and charge customers after a certain number of transactions, as ATMs are resulting in a manifold increase in transactions and hence turning expensive for most banks,” explains Alpesh Shah, partner and director at The Boston Consulting Group.

“Even though ATMs have moved into the hinterland, this has not made much difference to costs. The reason for this is the limited number of takers for this facility. The average number of ATM transactions is just about 1.35 times in India. Customers will have to adopt technology (basically the Internet and ATMs) to bring down the banking transaction costs,” says Madan Sabnavis, chief economist at CARE Ratings.

Rising Cost Of Banking Transactions It is not just the ATM cost that is passed on to customers; banks charge customers for almost all their services. This explains the rising fee income of Indian banks (see Easy Money).

Both private and public banks charge high fees for their services. In fact, between 2008 and 2012, the fee income of public sector banks surged over 80 per cent to Rs 39,306 crore. The service charges and fees (from customers) account for 18-25 per cent of the net fee income.

Besides charging customers for ATM and card usage, banks impose penalties if savings bank (SB) account holders do not maintain a minimum balance in their accounts. The minimum deposit amount could be anywhere between Rs 2,000 and Rs 20,000 a month. Minimum balance requirements in foreign banks could be as high as Rs 1 lakh a quarter. Private banks sometimes also charge a small fine (about Rs 25 every quarter) on inactive accounts.

Services such as demand drafts (DD) and managers’ cheques also attract a fee — the lowest being Rs 50 for a DD amounting to Rs 10,000. Charges go up with the value of the DD, but some reductions are allowed to rural branch account holders and senior citizens. Out-station cheques could set you back by about Rs 25 per instrument.
break-page-break

Facilities such as insta-alerts (via SMS) are also charged by banks. Account balance alerts, transaction alerts, et al, are charged, between Rs 5 and Rs 50, depending on the nature of services sought from banks.

Private banks, which provide cash pick-up and delivery facilities (home banking facility), charge anywhere between Rs 100 and Rs 200 for their services. NEFT and RTGS transactions are also charged by most banks.

It may seem inequitable, but almost all the above fees and service charges are waived for large-ticket deposit holders. Small-deposit holders, on the other hand, are protected by RBI as none of these charges are applicable to ‘no-frill’ accounts.

“Both low-ticket deposit holders and large depositors are not really impacted by high transaction costs. It is the middle class — with limited deposit or monthly balance — which is troubled by higher costs,” says Sabnavis of CARE Ratings.

“This segment (of customers) is charged for every banking service possible; some of these services — like additional cheque leaves — were free add-ons some years ago. Even PSU banks have started doing this to their mid-segment customers. Therefore, the cost of banking transactions for mid-segment customers — despite technological advancements — has only gone up over the past few years,” he adds.

Experts like Shah of BCG and Harsh Roongta of apnapaisa.com feel that higher interest rates on deposits negate the impact of higher transaction costs to some extent.

“Deposit rates were much lower in earlier days and bank margins were high. This allowed banks to provide free services to customers. But now rates on deposits are comparatively higher and loan rates are lower and hence margins are much slimmer. This, therefore, requires banks to charge fees for services that were earlier given for free,” says Roongta.

“In overall terms, banking costs have come down significantly over the past few years. Even loan processing charges have fallen 50-60 per cent during this time,” he adds.

Echoing Roongta, Shah says:  “The cost of banking transactions, as a matter of fact, has come down for both banks and customers. This will go down even further in the years to come — when there’s more technology adoption.”
Financial Inclusion
Higher banking transaction costs impede financial inclusion, lament votaries of affordable banking. According to World Bank data, only 35 per cent of Indians above the age of 15 have a bank account. This highlights the need for financial inclusion.

The business model of commercial banks has a cost structure that is economically unviable for rural markets. Higher costs prevent banks from servicing a large segment of customers just above the bottom of the pyramid. According to a BCG report (Indian Banking 2020) released in 2010, transaction costs will have to come down by as much as 90 per cent to accommodate low-ticket transactions. This will require a complete overhaul of Indian banking — right from processes to technology and products.

That being impractical, it will be better if banks reduce transaction costs wherever possible and increase the reach and adoption of Internet banking in the country. Utilisation of shared infrastructure is feasible, but cost over-runs should always be taken into account. Many a time, use of third-party resources results in higher costs for the end-user.

According to a study conducted by consultants Booz-Allen & Hamilton, the cost of an average transaction on the Internet is as low as 13 cents, compared to $1.07 when done through the branch, 54 cents when done on a telephone and 27 cents when a bank ATM is used.

Bank customers will accrue more cost benefits if they shift to net banking. Remember, every trip you make to the branch or an ATM or dial a phone-banking officer, your bank account shrinks by a few rupees.