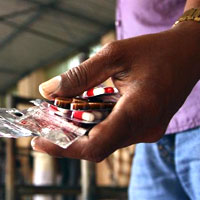 08 November, 2014
Print this article Font size -16+
Slower government approval for testing new medicines is threatening India's aspirations to be a fast-growing, low-cost hub for clinical trials, and has prompted some drugs firms to shift operations elsewhere, adding to their costs.

Drugs firms complain that sluggish bureaucracy in New Delhi and a lack of legal clarity on how to conduct clinical trials have created a climate of regulatory uncertainty in the market.

That has been exacerbated by a high profile case in the Supreme Court between the regulator and health activists, who allege that companies used poor people as human "guinea pigs" to trial unsafe drugs without their knowledge or consent, and without proper state scrutiny. They have asked the court to suspend all trials for new chemical entities (NCEs) - substances that may be turned into a new drug after tests.

Drugmakers, speaking on condition of anonymity, say the case has made government officials more cautious in considering new approvals, asking more questions and being tougher to convince.

"The situation was never quite easy in India," said Siddhant Khandekar, a healthcare analyst at ICICI Direct brokerage in Mumbai. But with the Supreme Court case "the scenario has worsened and getting new approvals has become more time consuming," he said.

The approval time for initiating drug trials in India typically stretches to 6-8 months, compared to just 28 days in Europe and Canada, said Piramal. "Post the Supreme Court case, certainly companies like us will look anywhere in the world to see if we get good trials," she said.

Lupin Ltd, India's fourth-largest drugmaker by sales, said it had wanted to conduct an NCE trial in India last year, but the $5 billion firm eventually went overseas as the approval process was too slow and made more uncertain by the ongoing Supreme Court case.

"I think the intention is right but the implementation is so slow, that it's hampering in the near term," said Nilesh Gupta, Lupin's group president. "For NCEs in particular in India, the process is extremely long."

ECCRO, a contract research organisation that focuses on India, sees global drugmakers turning to Russia and Brazil for their trials as they struggle to get approval in India.

But moving drugs trials abroad could raise the cost for Indian companies. The $20,000 cost of trialling a drug in the United States is 10-20 times that in India, said Deepak Malik, a healthcare analyst at Emkay Global.

Industry At Risk
The relatively low cost of conducting trials and a fast-growing population of 1.2 billion should make India an attractive destination for companies to carry out tests. It is already a generic drug-making powerhouse whose exports to Latin America and Africa have earned it the sobriquet as "the developing world's pharmacy".

The domestic drugs trial market was worth about $485 million in 2011, according to consultants Frost & Sullivan, who predict that could double to $1 billion by 2016.

But the regulatory fog surrounding clinical trials means Asia's third-largest economy has failed to fulfil its potential to become a testing hub, companies and analysts said. Less than 1.5 per cent of global trials take place in India, according to the Indian Society for Clinical Research (ISCR).

"We are concerned by delays in approval of clinical trials, and ambiguity in the processes, over the past two years," said a spokesman for MSD, the local unit of US drugmaker Merck & Co.

"Putting patients first is at the heart of everything we do, and our clients share this same commitment to patients and their safety," said Quintiles, a clinical research services provider to various drugmakers around the world, including India.

"In the event of an injury in a clinical trial, the need for compensation for the patient and/or their dependent(s) is taken very seriously, and is handled by the sponsor of the trial in accordance with all applicable regulations and guidelines," Quintiles said in an emailed response to a Reuters query for this article.

The Supreme Court last month ordered the health ministry to supervise all clearances for new drug trials, creating an added layer of decision-making.

However, G.N. Singh, the drugs controller general of India, said there had been no changes to the approvals process. "There hasn't been any halt in approving new clinical trials," Singh told Reuters. "We cannot suddenly wake up one day and decide 'Ok, no more clinical trials in this country'."

V.M. Katoch, the head of the state-run Indian Council of Medical Research (ICMR), which advises the drugs regulator on approvals, also disputed that approval times had slowed.

Referring to the allegations made in the Supreme Court, he said trials conducted without the patient's consent were a small number of aberrations. "That creates the impression that everything is wrong all around, which is not true actually," he said. "The ethical practices every year have become stronger and stronger."

However, Katoch acknowledged that recent negative publicity around drug trials in India had put the government "on the defensive" for a while.