Surat (Gujarat) [India], January 30 (ANI): The Surat Crime Branch arrested a gang of six persons for allegedly kidnapping a 36-year-old businessman, police said on Saturday.
According to the police, the incident happened when the businessman, a resident of Umra area, was going to the gym from his residence on Thursday morning.
The gang demanded a ransom of Rs 3 crores and they were later paid Rs 1 crore, stated the police.
"We rescued the victim and arrested all the accused involved. Prima Facie, it appears that the accused needed money. A probe is underway," said AK Tomar, Police Commissioner, Surat. 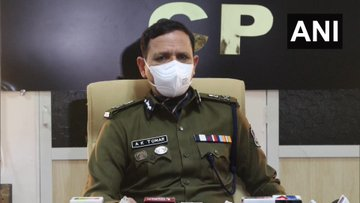