New Delhi [India], February 1 (ANI): With the Union Budget 2021 set to be delivered in paperless form for the first time, Finance Minister Nirmala Sitharaman replaced the Swadeshi 'bahi khata' and switched to a tablet.
The Finance Minister was seen carrying a tablet kept inside a red coloured cover with a golden coloured national emblem embossed on it. 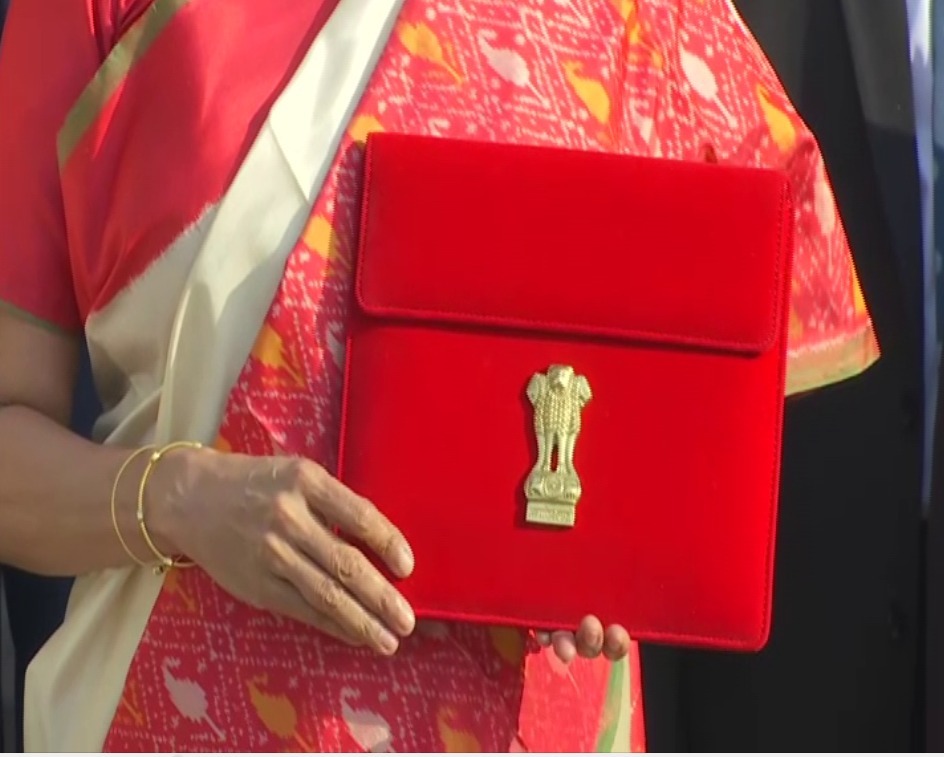 Dressed in a red and cream colour saree, accompanied by MoS Finance Anurag Thakur and other officials from her ministry, Sitharaman is scheduled to meet President Ram Nath Kovind before presenting the budget at 11 am today.
In 2019, Sitharaman ditched the long-standing tradition of carrying budget documents in a leather briefcase and went swadeshi with a 'bahi-khata'. She had said that the Modi government is not a "suitcase-carrying government", in an apparent jibe at the past dispensations.
This year, the Union Budget will be delivered in paperless form for the first time. The budget 2021 assumes greater significance as it comes amid the COVID pandemic which has caused economic disruption.
Finance Minister had launched the "Union Budget Mobile App" for hassle-free access of Budget documents by Members of Parliament (MPs) and the general public using the simplest form of digital convenience, according to the Finance Ministry.
The App facilitates complete access to 14 Union Budget documents, including the Annual Financial Statement (commonly known as Budget), Demand for Grants (DG), and Finance Bill as prescribed by the Constitution.

The word 'Budget' originated from the french word Bougette, which means leather briefcase. The tradition of carrying the Budget briefcase was a copy of the 'Gladstone box' that is used in the British budget.

In 1860, the then British budget chief William E Gladstone used a red suitcase with Queen's monogram embossed in gold to carry his documents, which came to be known as 'Gladstone Box'.

In 1947, India's first Finance Minister RK Shanmukham Chetty carried a leather portfolio to present the first Budget.
Before Sitharaman, a long-standing tradition in connection with the budget presentation was broken during the Atal Bihari Vajpayee government with the then Finance Minister Yashwant Sinha presenting the budget at 11 am rather than at the traditional time of 5 pm.
Since then all governments have been presenting the budget at 11 am. (ANI)