The Union Budget 2020-21 will be presented at 11 am on Monday. The Budget Session began on Friday with an address by President Ram Nath Kovind to the joint sitting of two houses of Parliament. She completed her look with a gold chain and bangles and tiny earrings. Amid the ongoing coronavirus pandemic, replacing her signature 'bahi khata', she opted to carry the documents in a tablet, which was wrapped in a red-coloured cover with national emblem emblazoned on it.

The red colour, which is considered auspicious, represents the strongest emotions including love, energy, attention, and power. 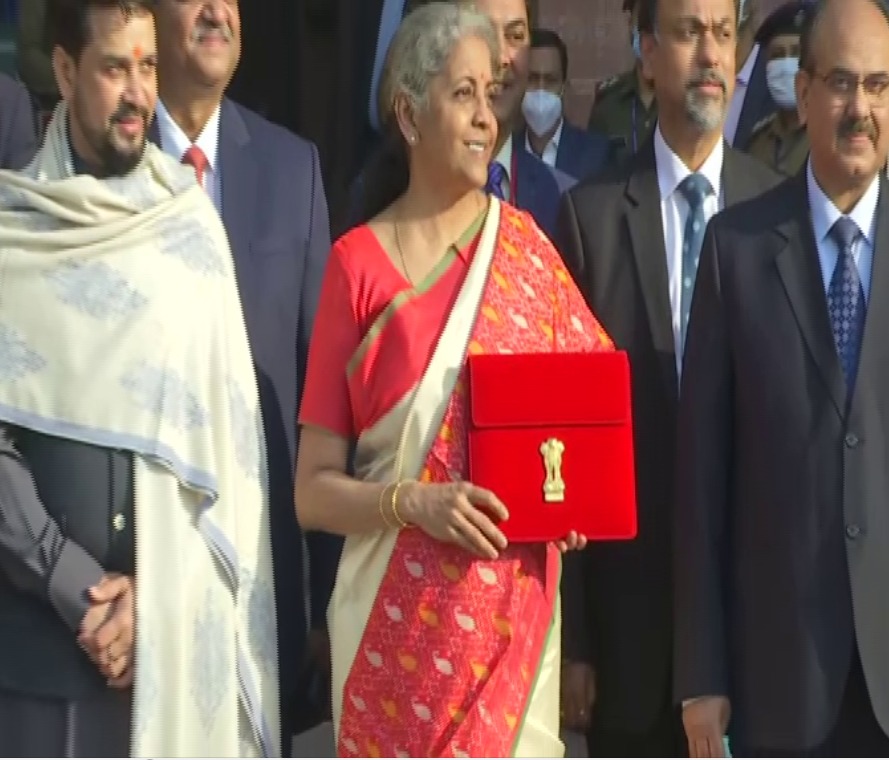 Sitharaman's sartorial choices have made headlines on many occasions - from donning beautiful handloom sarees to sporting silk sarees. For the unversed, she likes wearing subtle yet classy handloom and silk sarees to work. And it is safe to say that it is her wardrobe arithmetic that gives her appearance a distinct stamp.

For the 2020-21 budget presentation, the Union Finance Minister had opted for a crisp yellow-gold silk saree with a blue border and matching blouse. The minister had carried the documents in a traditional 'Bahi-Khata' (ledger) which she trademarked during the 2019-20 budget presentation. The colour yellow, which is considered as a mark of prosperity, is also believed to be auspicious on important occasions.

During her maiden budget presentation in 2019, Sitharaman grabbed many eyeballs when she broke away from long-standing traditions of colonial-era, ditching the briefcase and opting for traditional bahi khata, which is a kind of a ledger wrapped in a red coloured cloth.

Clad in a warm pink-coloured, gold-bordered Mangalgiri saree paired with a gold chain, tiny diamond earrings, and a bindi on her forehead, Sitharaman had made quite a statement during her budget presentation in 2019.

While the tradition of carrying the Budget documents in a briefcase has been on since the British-era, Finance Ministers have chosen to carry the document in suitcases of different colours like red velvet, black, and tan.

The Union Budget 2020-21 will be presented at 11 am on Monday. The Budget Session began on Friday with an address by President Ram Nath Kovind to the joint sitting of two houses of Parliament.

This year, the Union Budget will be delivered in paperless form for the first time. Finance Minister had launched the "Union Budget Mobile App" for hassle-free access of Budget documents by Members of Parliament (MPs) and the general public using the simplest form of digital convenience, according to the Finance Ministry.