Singing Out Of Tune 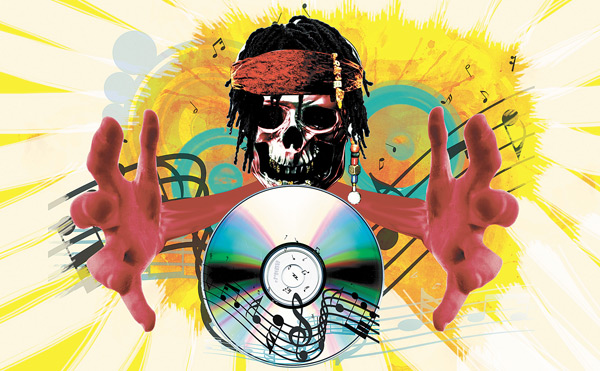 08 November, 2014
Print this article Font size -16+
Kumar Taurani is a worried man. The digital revolution is threatening the business that he and his brother Ramesh started in 1975. The brothers used to deal in long-playing phonograph records or LPs of HMV (now Saregama), Music India (now Universal Music Group) and CBS (now Sony Music). They then moved on to manufacturing in 1990 and set up their first facility at Palghar in Thane district.

Until 2005, their music production company, Tips Industries, ruled the roost. But not any more. “Cassettes and CDs of new film songs have stopped selling. The new platforms for film music are FM radio, TV channels, mobile phones and the Internet,” says Taurani.

According to a KPMG study, the physical sale of music dropped 19 per cent between 2010 and 2011 even as digital music consumption rose. Music retailer Planet M’s average revenues from music have dropped from 80-85 per cent to just 35 per cent in the past 5-6 years.

With no sign of a recovery in physical music sales, those in the audio business began looking at alternative revenue streams. Tips diversified into film-making. It currently has five films at different stages of production and discussion.

There are many reasons for the fall in the physical sale of music. Ganesh Jain, founder of Venus Records & Tapes, says, “Piracy is the basic factor killing the Indian film music industry.” A Rs 30 pirated MP3 CD will have about 50 songs, while a movie’s music CD will have 5-10 songs for, say, Rs 150-200. By one estimate, physical piracy costs the industry Rs 600 crore a year.

While Indian cinema is celebrating its centenary, the film music industry has little to cheer. By one estimate, the size of the Indian film music industry shrunk to Rs 800 crore in 2012 from Rs 1,400 crore in 2005-06. “We hope the government will come out with strict regulations against illegal copying. Otherwise, the existence of the industry will be challenged,” says Taurani.

At present, a film music distributor’s major revenue source is mobile service providers, who form 65-70 per cent of the whole pie. Earnings from TV channels makes up 10-15 per cent, depending on the popularity of the song and its visuals. Some revenue comes from websites and royalty from public performances. Although FM stations play songs most often, their share is a lowly 5-10 per cent. This is because FM radio stations pay a very small licensing fee — just 2 per cent of net advertisement earnings on a pro rata basis — to music companies under Phonographic Performance Limited (PPL), which represents music companies and producers who own the copyright. But there are music companies such as T-Series that are not under PPL and collect royalty at the rate of Rs 660 per needle hour (amount of recorded music that can be played during any 24-hour period).

Neeraj Kalyan, president, T-Series, which has an 80 per cent market share, says in the KPMG report: “Music is the core cost of any FM station and there is no industry in which the core raw material costs just 2 per cent of its revenues. If the existing freedom to contract is taken away from us as copyright owners, then it will have an adverse effect on the economic viability of music and films, even as FM broadcasters earn advertising revenues freely determined by them in accordance with their business models.”

Music companies are now looking for new revenue options. With the launch of 3G services, and increased browsing through mobile phones, music companies are hoping to earn more from cellular phone operators. “This is the only existing platform that guarantees consistent revenue,” says Jain. So, it is not surprising then that several music applications have been launched in the recent past.

Besides, the decline in radio revenues has been offset by increased royalties from television, thanks to the launch of new music channels, says the KPMG report.

Sale of public performance rights is also increasing due to increased consumption of film music at public places such as clubs, restaurants, gyms, hotels, supermarkets, etc. Users are now more aware of the need to obtain licences for public performances, say industry experts.

For Tips, however, new releases are a losing proposition; most of its revenues comes from old film songs. “Even if the new songs are huge hits, they still won’t contribute more than 20 per cent of the gross revenue; the remaining 80 per cent will be from old hits,” says Taurani.

But the interesting find of the year was Sony Music’s viral marketing of the ‘Why This Kolaveri Di’ song by Tamil actor Dhanush for the movie 3. Its runaway popularity made it the  first Tamil song to be played on MTV. The song’s success clearly illustrated the rising power and reach of social media. To monetise the mushrooming viewership on YouTube, Sony entered a deal with the site, taking 50 per cent of the revenues generated from the video. Sony has also filed for copyright of ‘Kolaveri Di’ to launch music products and talent discovery programmes, says KPMG.

This is an instance of social media being viewed on a par with TV and radio as a mainstream medium for music promotion. Such new revenue-generating media and options could be the right notes that a flailing film music industry has to strike to ensure the survival of the music industry as a whole. After all, film music contributes 70 per cent of its revenues.