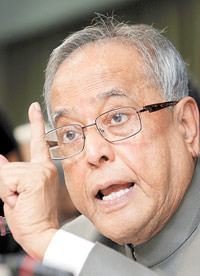 Everything is on hold until the EGoM takes a decision on the Cabinet note put up by the DoT recommending a one-time spectrum fee on all operators for the remaining period of their licences. This will provide a level playing field to new operators who would pay a higher fee compared to the Rs 1,659 crore incumbents paid.

The DoT has suggested two options for charging for spectrum: retrospectively, from the date of the award of the licence; and prospectively, from the time the price is decided till the end of the licence period. As per the Cabinet note, this could fetch a Rs 105,803-crore windfall if operators are charged prospectively for the entire spectrum. If they are charged for spectrum over the base 4.4MHz, it's Rs 39,771 crore. If the fee is on spectrum exceeding 6.2MHz, it is Rs 29,288 crore.

The appointment of the new EGoM will prolong the agony of the cancelled licencees waiting for the base price for auction; the only silver lining being the attempt to come to some decision on the telecom mess. However unappetising that may be.