Mumbai (Maharashtra) [India], January 21 (ANI): Bollywood actor Shraddha Kapoor, once again became the voice for the voiceless and appealed for severe punishments for the people who mistreat animals.
Being the wonderful person she is, the 'Ek Villain' actor took to her Instagram story and raised her voice to show support for the voiceless animals by asking people to sign a petition to raise the fine for people who harm animals.
She shared a photo along with the caption, "Increase the punishment for animal cruelty. Only we can be the voice for the voiceless. Please swipe up and sign the petition." 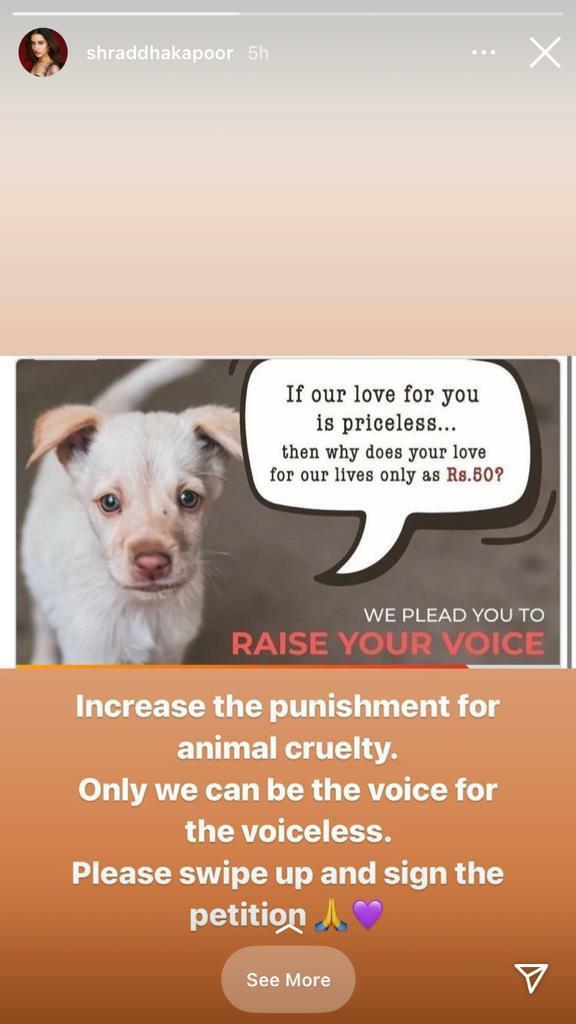 Shraddha is an avid animal lover and hence it comes as no surprise that she wants the wrongdoers to be punished more severely. Currently, such people are fined a mere amount of Rs 50. This, obviously is not a punishment enough for such people and hence the petition by Shraddha Kapoor and similar other animal lovers.
Shraddha's story, which she posted on social media, also found support from her current co-star Tiger Shroff, along with Disha Patani who urged people to stand up for the same cause.
The 33-year-old actor is known for such gestures and in fact, recently her fans called her 'love for voiceless' animals, as one of the reasons for them loving the star. On the work front, apart from her recently announced film 'Nagin', Shraddha will be seen next in a Luv Ranjan directorial alongside Ranbir Kapoor. (ANI)