Show Me The Video! 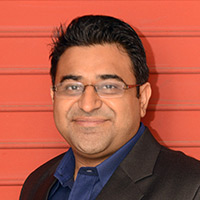 08 November, 2014
Print this article Font size -16+
There is a reason why Facebook paid $1 billion for Instagram, offered $3 billion for Snapchat and paid $19 billion for WhatsApp. Not to be missed, Yahoo coughed up $1 billion for Tumblr, a blogging platform with a photo-essay format. What are these platforms?  And, why are such serious amounts of cash being doled out?

All these platforms allow users to share pictures and videos. This has led to an exponential growth in their user base. Both Facebook and Yahoo took the adage ‘A picture is worth a thousand words’ rather seriously, and their acquisitions seem to be paying off.

Today, social media has moved from pure blogs to ‘micro-media blogs’. Some of the fastest growing platforms right now are YouTube, Pinterest and Instagram. The only way to communicate on these platforms is through images and videos. It simply goes on to show that words aren’t always necessary to communicate.

Content on social media is surely king, but it is the visual that rules the roost! Why do I say so? Find out.

Attention Span And Processing
Today, the attention span of an adult on the Internet ranges from 2.8 to 8 seconds. Considering this, it is imperative for brands to strike a chord and get people interested in them within that period. Clearly, visuals do that better. It is said that our minds process images 60,000 times faster than plain text.

The powerful image of Hollywood action star Jean-Claude Van Damme for Volvo helped the brand build a strong connect with the audience. It was so successful that it inspired several spoofs, one of the more popular ones involving southern superstar Rajinikanth.

Engagement Rate
Images and videos are more intimate and enjoy higher emotional appeal. This allows them to narrate the brand story more effectively in the social media space. YouTube and Instagram score higher engagement rates. Brands on these platforms enjoy more attention from users in terms of time spent than most platforms. Even in the case of Facebook, updates with photos enjoy as high as 50 per cent more engagement through likes and comments than pure text updates.

In fact, Vine, the video service of Twitter that allows users to create six-second-long videos, has caught the attention and fancy of brands recently. One of my personal favourites is the Bacardi campaign. Using #sixsecondcocktail, Bacardi shows followers exactly how to make a great cocktail in — you guessed it — six seconds. The Nike channel on Instagram is also very inspiring with its pictures and 15-second Instagram videos.

ITC Hotels has created a series of 40 videos on the concept of Chef’s Table. These videos have allowed fans to get closer to the brand and generate a buzz for ITC Hotels.

Higher Visibility
In addition to their visual impact, images take up more space in viewers’ news feeds on Facebook. This increases the odds of a post getting noticed, especially on mobile phones with their smaller screens. Recently, the selfie taken by Ellen DeGeneres at the Oscars broke all records on Twitter and tremendously boosted the visibility for Samsung mobiles.

Educating Users
We have a better recall and receptive ability when we explain through visuals. An interesting comic strip method was adopted by Reliance Energy to educate users on the conservation of energy on its Facebook page.

Make Me A Viral Video
Every agency person has received this dreadful one-line brief from at least one of his or her clients at some point in time. So, before we get to that, let us try and understand that by images we don’t just mean photos. They also cover infographics, drawings, charts, memes and doodles, among others.

Also, the photos can be anything from a mobile phone snapshot all the way to a full-scale, professional big-budget photo shoot. I have noticed that if you are sharing an image on Facebook, the network gives precedence to large, attractive imagery.

That means, you will want to use higher resolution photos, most likely captured with a professional-grade camera. If you are sharing the content on Twitter or Instagram, mobile-captured photos will do just fine, provided you include the right message along with them.

So, what is the secret recipe for making visual content go viral? From all the work that we have done in this space, we have narrowed it down to several factors.

The 4E Principle
For any visual content to connect with users, it must have any one or many of the following:
This 4E principle has to be applied with the understanding of what will interest your target audience. This will mean developing a particular kind of content that fits a particular demographic.

Zomato, for instance, makes creative use of pictures by capturing our attitude and habits. A particular illustration by Zomato on the eating habits of Indians was shared close to 40,000 times on its Facebook page.

Brand Is Never The Hero
For any content to be shared by users, it always, and I repeat, always, has to be about the user. The brand is only a facilitator in this process. People like sharing updates and pictures that are about real people, with whom they can connect and resonate with. Brands should involve fans right at the outset. Ask them to create their story and share it with you as a brand.

In a successful campaign for Mother’s Day, HDFC invited its customers to share a selfie with their mothers and write about their experience with the brand. Notice that the focus is on the fan; the brand is subtly integrated at the end of the campaign.

Tell A Story
Pick a story that you want to tell people with your images or videos. Keep it simple, and say it with honesty. Use of standard edited television commercial footage does not make for a good story.

For videos, keep the beginning more impactful as the first 15 seconds will determine whether or not a user will watch the entire clip.

I like the work that GE has done internationally on its blog on Tumblr. It explains its nature of business through images that are not expensive; it is just clever use of Instagram filters!

The cosmetics brand Lotus Herbals made visual stories for its sunscreen range of products by interacting with users and asking them to complete a certain picture with the top five things on their summer checklist.

So, the next time you want to tell your story, make sure that visual content is the basis of it.