Should LIC Be Listed? 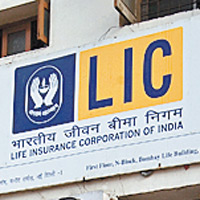 08 November, 2014
Print this article Font size -16+
Among all the suggestions the bankers gave during their recent pre-budget meeting with the Finance Minister Arun Jaitley, the one that came from Uday Kotak, vice-chairman and managing director of Kotak Mahindra Bank, was perhaps the most striking. Kotak wanted the government to list the country’s largest insurer Life Insurance Corporation of India (LIC) in the stock exchanges.

Easier said than done, as any attempt to dilute the shares of the government in the LIC through a public listing will turn LIC more accountable and transparent, and in the process bring its future investment choices under public scrutiny.

It should be noted that in FY13 the UPA government used LIC to bail itself out when its disinvestment targets were not in a position to be met. LIC bailed out state owned ONGC’s first ever stake sale of government equity through the auction route, by pumping in over Rs 12,000 crore and picking up 95 per cent of the total shares put on the block. Similarly, it also helped the government in re-capitalising state-run banks such as Punjab National Bank and Syndicate Bank and invested Rs 8,000 crore.

Once the company gets listed, management decisions to invest in the market would be accountable to its shareholders.

Even though, NDA government is on a reform spree and plans to undertake a lot of bold reforms that the UPA government could not gather courage to implement, it would be difficult for the finance minister Arun Jaitley to not have a cash resource at its disposal.

The UPA government missed its disinvestment targets in all five years due to bad primary market conditions. In 2010-11 and 2011-12 fiscals, the government had raised Rs 22,144 crore and Rs 13,894 crore through disinvestment, against the budgeted target of Rs 40,000 crore in each year,.

Even these disinvestments were achieved with the help of LIC, as LIC used to be the last minute saviour for all government stake sales.

The NDA government is likely to have similarly targets for disinvestment, if not more, in during its tenure. But will it make sense to disinvest in the firm that plays a major role in disinvestment of all other major firms? It is a million dollar question.
Tags assigned to this article:
budget economic survey budget deficit othertop1 budget 2014 budget 2014-15