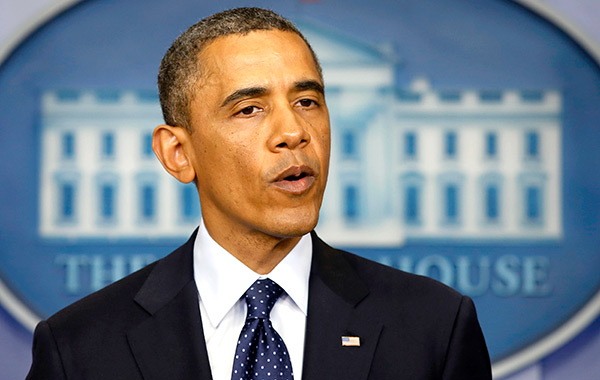 08 November, 2014
Print this article Font size -16+
World shares and the dollar tumbled on Friday (8 August) and oil and gold jumped after US President Barack Obama authorised targeted air strikes in Iraq, raising worries of another drawn-out conflict in the region.

US military aircraft conducted an airstrike on Friday against Islamic State artillery used against Kurdish forces defending the city of Erbil, near US personnel, a Pentagon spokesman said.

He said the Islamic rebels had been using the artillery to shell Kurdish forces defending Erbil where U.S. personnel are located.

"The decision to strike was made by the US Central Command commander under authorisation granted him by the commander in chief," he said.
Fighting also resumed in Gaza between Palestinian militants and Israel and with NATO's calls for Russia to "step back from the brink" of war in Ukraine still ringing in ears of volatile markets.

"Earlier this week, one Iraqi in the area cried to the world, 'There is no one coming to help'," said Obama, who has been reluctant to go back into Iraq having withdrawn in 2011. "Well, today America is coming to help."

Global share markets had already been heading for a second week of straight losses but the latest developments sparked a fresh sell-off. European stocks opened down almost 1 percent after Asian markets had seen similar falls overnight.

"The prospect of air strikes in northern Iraq on top of the tensions in Ukraine and Gaza...across the board we have stocks weaker, bonds are stronger, the dollar is weaker and the yen is strongest of all."

Obama said in an address that he authorized targeted strikes to protect the besieged Yazidi minority and U.S. personnel in Iraq.

U.N. Secretary-General Ban Ki-moon and the United Nations Security Council on Thursday called for the international community to help Iraq's government and people as the country struggles against a sweeping advance by Islamist militants.

The dollar fell 0.4 percent to two-week low of 101.68 against the safe-haven yen, the yields on 10-year Treasuries and German Bunds - global investors' tradition go-to assets in times of tension - dropped as low 2.375 and 1.026 percent respectively.

"It seems only a short time ago that traders were talking corrections, but now it seems only a matter of time before we see technical bear markets" in some markets, IG chief market strategist Chris Weston wrote in a note to clients.