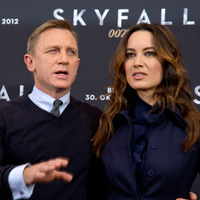 08 November, 2014
Print this article Font size -16+
James bond fans will be shaken, not just stirred. In Skyfall, the latest movie to feature the ageless super spy, he seems to prefer a beer to his trademark vodka martini. Heineken paid $45 million to get him to change his tipple, though it is not the first company that used the James Bond movie franchise for product placement. Companies such as BMW, Omega, Coke and Sony, to name a few, pay big bucks for the same sort of privilege.
Many people have debated whether this sort of advertising actually works; sure, sales may go up in the short run, but their sustainability is not so clear. Remember the lessons of basic statistics: correlation is not causation. For the movie producers, these product placements paid for most of— if not all — the film’s $200 million budget.
And this kind of advertising is not likely to stop any time soon either. After all, as you read in the closing credits, James Bond will be back.