Mumbai (Maharashtra) [India], November 29 (ANI): Channelling his weekend mood while soaking in the sun and sporting a warm hoodie, Bollywood's handsome hunk Shahid Kapoor on Sunday treated fans to winking selfies.
The 'Kabir Singh' actor took to Instagram on Sunday morning and shared a couple of pictures in which he is seen playfully winking at his fans. 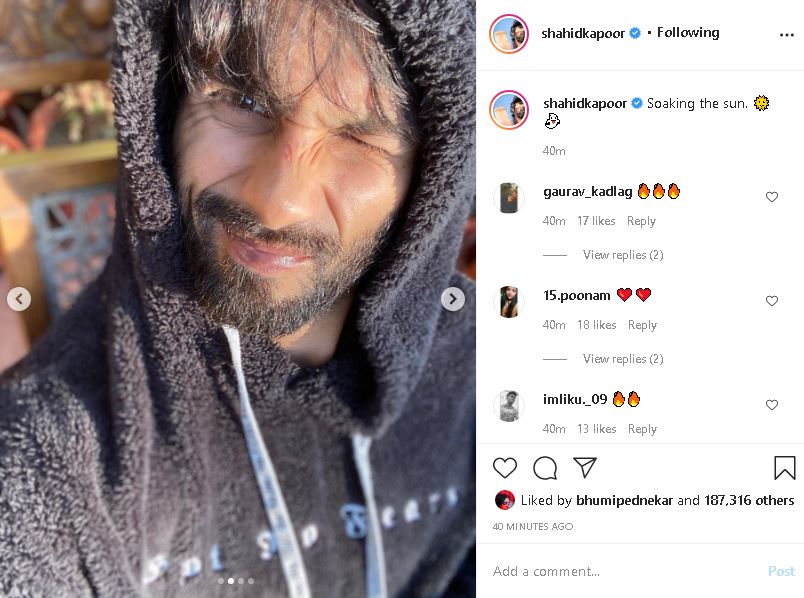 In the snaps, Shahid looks dapper, as he clicks sun-kissed pictures while he smilingly winks for the lens. The pictures feature the 'Jab We Met' star in a playful mood. Shahid also posted close-up pictures of his face as he flaunted his moustache and the subtle facial features. 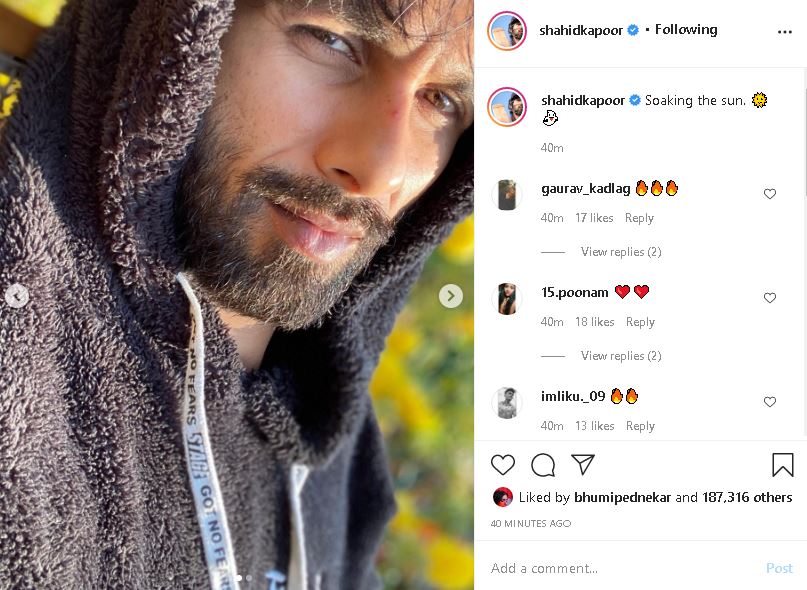 The 'Haider' star captioned the post as, "Soaking the sun. (with sun and a ghost emoji)"
Celebrity followers including Bhumi Pednekar and more than 1 lakh fans liked the post within 40 minutes of being posted.
Many left red heart and fire emoticons in the comments section, and the pictures prompted several comments from his female fans who complimented the picture.
Of late, the actor has been quite active on social media and has been updating fans on his activities by posting pictures and videos.
Earlier, the 'Haider' star shared a stunning picture of himself where he was seen sitting astride on a bike and asked fans if they want to go on a ride with him.
After garnering widespread applause for his romantic drama 'Kabir Singh,' Kapoor will next be seen in sports drama 'Jersey.' (ANI)