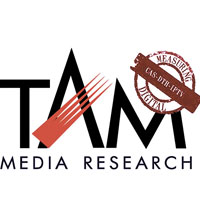 08 November, 2014
Print this article Font size -16+
Viewership analysis has been an unlikely casualty of cable TV digitisation. TAM Media, which has a monopoly over viewership data, announced in October 2012 that during the first phase of mandatory digitisation, viewership data would be suspended till December. This was to protect its clients, the TV channels, from the immediate skews in eyeball numbers. However, when TAM resumed publishing data in January this year, media organisations were banned from accessing it.

A spokes-person for TAM said some TV channels had objected to viewership data being handed out.
TAM’s back has been against the wall for some time. Last July, NDTV sued its principals, AC Nielsen, in the US for $1.3 billion for cooking up viewership figures. Even the News Broadcasters Association had petitioned the government to audit Tam Media data. However, since advertising on TV is booked largely on these figures, media organisations have a right to access this data. News hounds are bound to ferret out the data by other means; and if these go wrong, TAM will only have itself to blame for the fallout.

Strictly Business
In Australia, fastfood chain McDonald’s will be changing its signage to Macca’s at select outlets across the country on 26 January. This is being done in honour of Australia Day. McDonald’s opened its first Australian store in Sydney in 1971.