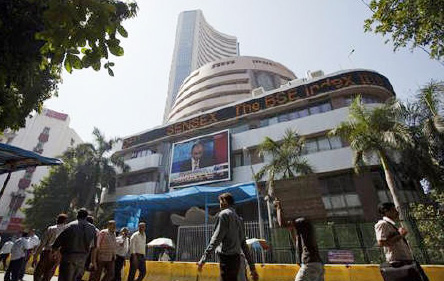 16 June, 2015
Print this article Font size -16+
The benchmark BSE Sensex slipped over 85 points in early trade on Tuesday (16 June) as participants booked profits after two sessions of gains amid sustained capital outflows and a weak trend at other Asian markets.

The gauge had advanced 215.57 points in the previous two sessions on strong factory output data and steady inflation.

Brokers said a sell-off in global equities as Greece struggles to find a debt reforms compromise with its creditors, fueling fears of a default and exit from the euro zone, contributed to the slide.

Among other Asian markets, Hong Kong's Hang Seng was down 0.49 per cent while Japan's Nikkei shed 0.63 per cent in early trade today.

The US Dow Jones Industrial Average ended 0.60 per cent down in yesterday's trade.