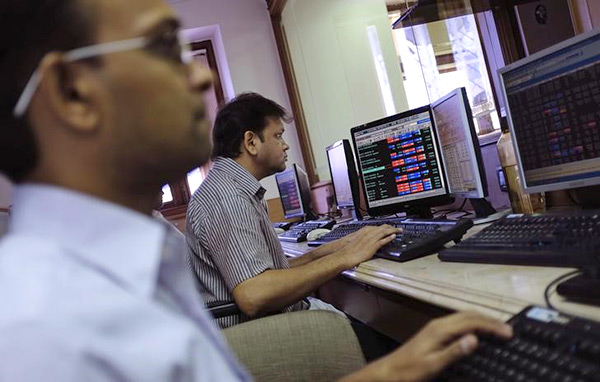 12 February, 2015
Print this article Font size -16+
The BSE Sensex and Nifty fell for the fifth straight day to a two-week low on Thursday, dragged down by explorers such as Oil and Natural Gas Corp after a fall in crude prices, while subduded markets across the region also dampend sentiment.

Oil explorers fell with ONGC down 3.2 percent and Cairn India Ltd closing down 2.7 per cent after oil prices fell on Thursday, extending big losses logged in the previous session.

Lenders also fell, with ICICI Bank down 2.6 per cent, falling for the sixth straight session after its earnings fell short of some analysts' expectations, while Indian Overseas Bank fell 9.8 per cent after its bad loans surged.
(Agencies)
Tags assigned to this article:
news 6 markets sensex nifty