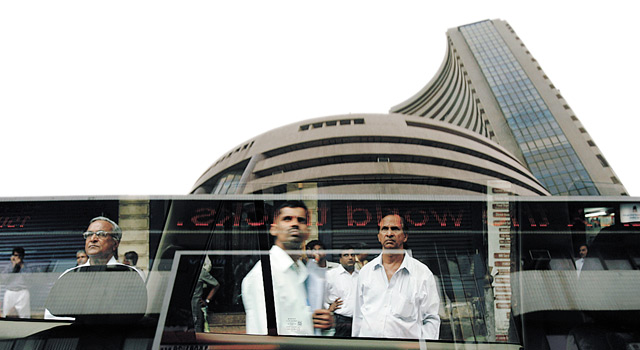 08 June, 2015
Print this article Font size -16+
The benchmark BSE Sensex on Thursday (21 May) ended marginally lower by 28 points at 27,809.35 as blue-chips witnessed a mixed trend amid concerns over poor quarterly earnings and a diverse closing at other Asian markets.

Meanwhile, Citigroup on Thursday lowered its 2015-end Sensex target to 32,200 points, saying investors' faith in Indian markets is turning fickle amid a growing perception that the government has got "little logjammed" on various reforms.

On Sensex, Tata Steel suffered the most by plunging 5.11 per cent after it reported a consolidated net loss of Rs 5,674.29 crore for the quarter ended March 31.

The broader markets also fell with the BSE mid-cap and small-cap indices falling by up to 0.41 per cent.