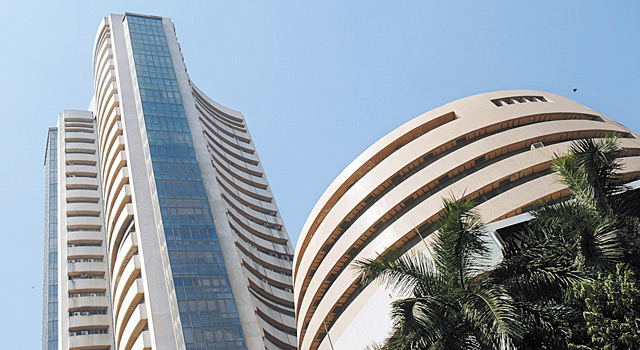 31 March, 2015
Print this article Font size -16+
Indian markets on Wednesday (25 March) fell for the sixth day on the trot with benchmark Sensex falling by about 50 points to end at over nine-week low of 28,111.83 on losses in PSU bluechips including NTPC, GAIL, Coal India and SBI.

Caution ahead of the expiry of March month Futures and Options (F&O) contracts on Thursday (26 March) and portfolio churning in the view of fiscal year ending next week weighed, traders said.

The 30-share index had risen to a day's high of 28,249.60 in early trade but profit-booking in capital goods, power, metal, oil & gas and banking stocks saw the Bombay Stock Exchange Sensex touch the session's low of 28,031.42.

NTPC emerged as the worst performer among Sensex and Nifty stocks by closing over 3.5 per cent down, followed by GAIL, L&T, Coal India and SBI that fell between 2-3 per cent range.

In the 30-Sensex constituents, as many as 18 counters ended in negative zone while and 11 led by ICICI Bank, Wipro, Sesa Sterlite, M&M and Axis Bank rose and ITC ended flat.

In the broader market, IPCA Laboratories slumped 12.55 per cent after import alerts were issued by the US drug regulator against two of its formulations manufacturing units.

A better trend in other Asian markets and higher opening in Europe also failed to buoy sentiments here.

European markets were trading lower in their late morning deals. France's CAC was down by 0.40 per cent and Germany's DAX by 0.22 per cent while the UK's FTSE edged up 0.08 per cent.