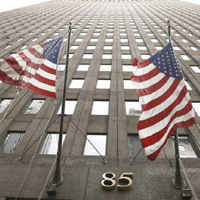 08 November, 2014
Print this article Font size -16+
The Senate on 20 June' 2013 voted overwhelmingly to approve White House international economic affairs adviser Michael Froman to be the next US trade representative, sending him into the fray of huge trade negotiations in Asia and Europe.
Froman, a longtime friend of President Barack Obama, already has played a major role in shaping US trade policy in the past four years from his post in the White House.
Now he is moving from that behind-the-scenes work to a prominent role in Obama's Cabinet, where other big jobs will include managing difficult trade relationships with China and India and breathing life into moribund world trade talks.
"Mike is smart. He knows the issues. Very importantly, he has the trust of the president," former US Trade Representative Robert Zoellick, a Republican, said on Wednesday in a speech at the Wilson Center, a foreign policy think tank.
Froman was approved in a 93-4 vote. Elizabeth Warren, a Massachusetts Democrat, was among the few senators to vote against him, citing what she called a lack of transparency in US trade negotiations, a complaint many civil society groups have made in the past.
"Many people are deeply interested in tracking the trajectory of trade negotiations, but if they do not have reasonable access to see the terms of the agreements under negotiation, then they can't have real input," Warren said.
Froman got strong words of support from Senate Finance Committee Chairman Max Baucus, a Montana Democrat, and Senator Orrin Hatch, the panel's top Republican.
"I have every confidence this man is going to be an excellent leader ... He is highly qualified," Hatch said.
The Senate action came just days after Obama and leaders of the European Union opened talks on what would be the world's biggest free-trade agreement, the proposed Transatlantic Trade and Investment Partnership pact.
Froman now will be able to preside over the first round of those negotiations, set for the week of July 8 in Washington.
The United States also is negotiating a free-trade agreement with Japan and 10 other countries in the Asia-Pacific region known as the Trans-Pacific Partnership pact that it hopes to finish by the end of this year.
Froman's legacy will rest on whether he can bring those two big negotiations to agreements and win their approval in Congress.
To secure the Asia-Pacific pact and win new export opportunities for US business and farmers, Froman may have to make politically difficult decisions that would open the US market to more auto, dairy, sugar and textile imports.
The United States and the EU want to finish their trade talks by the end of 2014, requiring compromise on tough issues like Europe's restrictions on imports of genetically modified crops and other food safety barriers that Washington says are not based on scientific evidence.
Froman also faces an early test in Congress to win approval of trade promotion authority, a piece of legislation that many of Obama's fellow Democrats have opposed in the past.
That legislation, which expired in 2007, allows the White House to submit trade deals to Congress for straight up-or-down votes without any amendments.
Approval of the bill would signal strong congressional backing for the Asia-Pacific and the EU agreements, helping to bring them to a close.
Concern in Congress about the massive US trade deficit with China, which hit a record $315 billion in 2012, also puts pressure on Froman to make progress on that front.
In addition, many lawmakers are increasingly frustrated with Indian policies that block US imports and invalidate patent protections for valuable US pharmaceuticals.
In December, Froman will head to Bali for the ninth ministerial meeting of the World Trade Organization amid gloom over that body's continuing viability as a negotiating forum.
With the 12-year-old Doha round of world trade talks at an impasse, WTO members are striving to reach agreement on a small package of trade deals to show they can produce results.