Sell While You Can 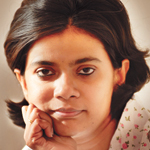 Air India is in the news again — as usual for the wrong reasons. This time it appears that the independent directors of the airline — appointed roughly a year ago by the government — have got it in for Air India's CMD, Arvind Jadhav (most newspapers claimed that the independent directors have "trained their guns", "cried foul", "expressed no confidence" against the man) and have taken the matter up at the highest level, namely the Prime Minister's Office.

The board members have apparently expressed their unhappiness at the current functioning and management of the airline under Jadhav's leadership. If newspaper reports are to be believed, the directors have said that if Air India's turnaround strategy is to work, Jadhav has to go. They have also condemned the appointment of Pavan Arora as the new chief for Air India Express.

This strikes me as strange as they are part of the board that ratified the decision. In fact, an HR committee headed by one of the board members recommended Arora's appointment. Many believe that this may well be a prelude to some of the directors asking to be relieved of their board positions. They may now be feeling that little can save this airline and do not want to sully their names by being associated with its subsequent failure.

What has triggered the latest attack on Jadhav is difficult to pinpoint but airline insiders say the board members have fallen prey to internal politics, of which there is simply never a shortage of in the carrier.

Arora's appointment has become a sore point since one of his first announcements has been a possible move of Air India Express's headquarters to Cochin, a decision that has not gone down well with many pilots and engineers. Air India Express has so far been run as a closed-door club of sorts with top pilots, engineers and managers hiring their kith and kin at random. That is likely to change if Arora stays.

What has worked to Jadhav's credit is the distinct improvement in the airline's performance. Revenues are up, loads are up, and losses are down. Operationally, it would seem, there is hope. The fact, however, remains that the airline is still in a precarious financial position.

Even with the latest injection of Rs 1,200 crore, officials reckon that the airline can only last till around February 2011. This has little to do with Jadhav or anyone who is involved in the airline's management today. It is primarily the cost of a few years of mismanagement by previous incompetent managing directors — all during civil aviation minister Praful Patel's tenure.

But that is all that is working in Jadhav's favour. His handling of people has left a lot to be desired, according to airline and ministry sources. And he has no team to speak of. Most people within the airline are working against him rather than with him. Now, to add fuel to fire, Jadhav also finds himself in the midst of a new controversy — this time one that may need some explaining on his part. While the airline continues to bleed, it appears that the CMD leased a house at the airline's expense in Delhi's Vasant Vihar for close to Rs 3 lakh a month, although the airline's headquarters remain in Mumbai. A rap on the knuckles from the ministry has now forced a cancellation of the lease.

Meanwhile, Patel is also looking for an exit — in his case, from a portfolio that has stopped being an asset and is now more a liability. There is no denying that Patel took a series of decisions that altered the course of the industry. But he also ensured ample media exposure for himself. His disinterest in this second term is apparent if only by his virtual disappearance from the limelight. Patel has been silent through this period, barring one press conference in Mumbai, where he seemed to reluctantly acknowledge Air India's improved performance.

Ministry sources are of the view that he would like to escape unscathed from the sector without having to shoulder the responsibility for Air India's crisis; a crisis that will blow up at some point.

In hindsight, savings from the much-pushed-for merger of Indian Airlines and Air India are looking more and more dubious. A merger may have been the logical way to go, but poor handling has left it abandoned on the runway.

Wherever the blame lies, it is clear that too much management and staff time is being wasted on petty politics. There is only one solution before the government and that is to privatise the carrier (after some kind of one-time write off of its debts). If the Prime Minister does not agree to the sale now, a year down, he may find that there is nothing left to sell.