New Delhi [India], February 6 (ANI): Amid the nationwide call for 'chakka jam' by the farmer unions, Delhi Joint Commissioner of Police Alok Kumar on Saturday said that police personnel have been deployed at strategic locations across national capital's borders.
"Police personnel are deployed at strategic locations such as Road number 56, NH-24, Vikas Marg, GT Road, Jirabad Road, since it is a call for nation-wide 'chakka-jam' by the protesting farmers," Kumar told ANI.
He also said that especially after January 26 violence, barricading has been done and we are monitoring the situation by the drone cameras in a way that there is no intrusion in the national capital.
Drone cameras were deployed at Tikri border to monitor the law and order situation in the wake of 'chakka jam' call by the farmer unions. Due to that heavy police personnel deployed across Delhi-NCR including Shahjahanpur (Delhi-Rajasthan) border. 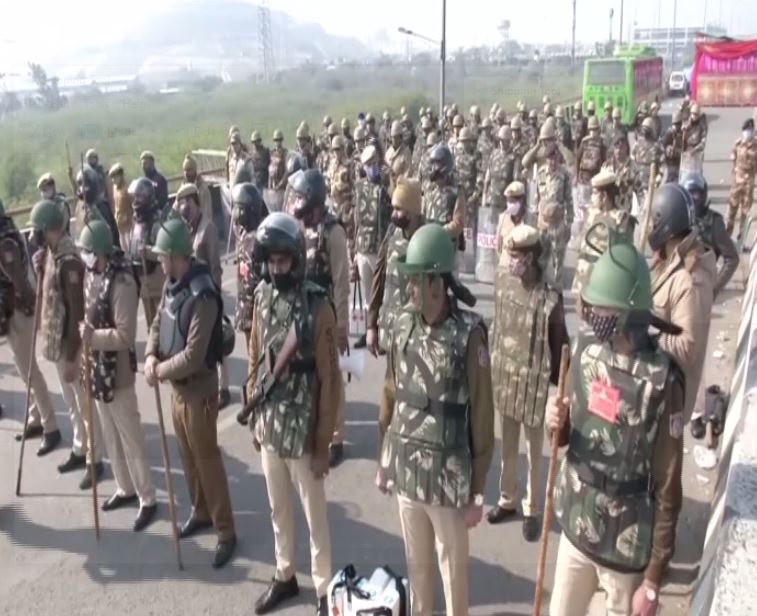 "We are briefing our forces that how to handle the situation if it goes uncontrol. Even though I am hopeful that the chakka jam will go peaceful," Kumar said.
Meanwhile, security across Delhi tightened on Saturday with the deployment of extra forces, putting up multi-layered barricades and barbed wires on the roads ahead of the proposed 'chakka jam' by farmer unions.
Farmers have been protesting at different borders of the national capital since November 26 last year against the three newly enacted farm laws: Farmers' Produce Trade and Commerce (Promotion and Facilitation) Act, 2020; the Farmers Empowerment and Protection) Agreement on Price Assurance and farm Services Act 2020 and the Essential Commodities (Amendment) Act, 2020. (ANI)