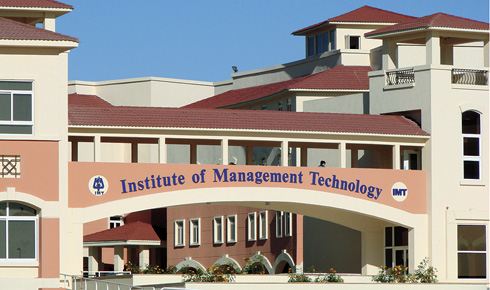 International Management Institute (IMI) is also setting up a second campus in Bhubaneswar. The ostensible reason for a second campus is the shortage of infrastructure at the Delhi campus. "But the choice of location was based on the encouragement from the state government and our desire to bring high quality management education to this region," says P.K. Bhaumik, director, IMI-Delhi.

As the globally renowned B-schools try to penetrate emerging markets, those within India, in turn, are trying to get into tier 2 and 3 cities, where the demand for quality management education is high. "More specialised schools and  industry participation, particularly in B-school education, may become mandatory as managerial positions increase the need for more schools at all levels," says Narayanan Ramaswamy, head of education advisory services at KPMG.

Bigger And Better "For some B-schools, there is no comparison between the two campuses," says Amitabh Jhingan, partner and national leader of education practice at Ernst & Young. "For those  who are setting up campuses abroad, the strategy is to provide international exposure to the students." For instance, Institute of Management Technology (IMT), which has two campuses in Ghaziabad and Nagpur, came up with its Dubai campus in 2006. "International exposure is being facilitated through research publications in international journals, presentations at various conferences, faculty and student exchange programmes, etc." says Anwar Ali, director, IMT-Ghaziabad. The next in the pipeline is the Hyderabad campus, which is likely to commence admissions in 2011. The new campus will be established in a 30-acre site near the Shamshabad international airport in Hyderabad.

The Indian Institute of Management, Kozhikode, is also planning to set up a satellite campus in Kochi. "We are looking at taking a place on rent to set up a new wing. The new place will cater to only mid and senior-level executives with a global orientation. We are still deciding on the programmes. It is in a conceptual stage. However, the programmes are expected to commence in the Kochi campus by 2010 end," says Debashis Chatterjee, director of IIM-Kozhikode.

When IIM-Lucknow's second campus was established in 2006 to focus on executive education in a big way, Noida, a booming business centre, was the natural choice of location. "Our Noida campus gives proximity to industry, which enriches the learning process of participants through effective industry-led assignments and real-life management contexts," says Devi Singh, director of IIM-Lucknow.

Xavier Institute of Management, Bhubaneswar (XIMB), has already been given land by the Orissa government for its second campus in Khurda (15 km from the main campus). "The government of Orissa had said they would build a compound wall to the Khurda campus and hand it over to us," says P.T. Joseph, director, XIMB. The institute also plans to open two new campuses in Bolangir and Sambalpur in Orissa. However, the state government is yet to sign the Memorandum of Understanding for the other two plots.

Similarly, Birla Institute of Management Technology (Bimtech), has been granted 30 acres of land by the Orissa government to set up a new campus in Bhubaneswar. "So far, we have registered the new campus and are finalising the design. With two specialised programmes, Faculty of Management and Faculty of Design, the first session is expected to start in June 2012," says Harivansh Chaturvedi, director of Bimtech.

Institute of Chartered Financial Analysts of India (ICFAI University), which has eight campuses all over the country, is now adding new campuses in Ahmedabad, Jaipur, Baddi (Himachal Pradesh), Guwahati, Indore and Bhubaneswar.  "This is not a new trend. For so long, the IIMs were at seven different locations and Xavier's was at four different locations. Now, others are following," says Koshy Verghese, secretary general, Federation of Universities, Hyderabad.

Multiple campuses from top B-schools such as ISB and IIMs are better than the unknown, private schools that abound in India, which  manage to pull in thousands of students with the lure of an ‘MBA' degree.