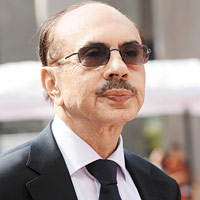 08 November, 2014
Print this article Font size -16+
Late last week, the Godrej group announced the end of its four-year relationship with the $6-billion chocolate giant, The Hershey Company. For Godrej, which has a long history of joint ventures (JVs) in the consumer goods business with global giants such as Procter & Gamble, Pillsbury and Sara Lee, this was the end of yet another JV as Hershey picked up Godrej Industries’ 43.4 per cent stake. For Hershey, it was probably a mid-course correction of their strategy to grow in India.
When the two came together in April 2007, Hershey invested nearly Rs 260 crore ($60 million according to the exchange rate then) to pick up a 51 per cent stake in Godrej Beverages and Foods. But the JV went nowhere. For the year ended 31 December 2011, the JV had net sales of about $80 million, up from about $70 million in 2007. On the other hand, rivals such as chocolate major Cadbury India’s revenues have grown at a compound annual growth rate (CAGR) in excess of 22 per cent to cross the $500-million sales mark in India.
In India, Hershey never had the product portfolio to make the necessary impact, though most Indians are familiar with its global bestselling chocolates such as Kisses or Reese’s. But the JV showed no hurry to launch those in India. For instance, it was only in July 2009 that the Hershey’s chocolate syrup was formally launched in India. As a result, a JV that was formed to roll out the Hershey’s range instead had Godrej products — beverages such as Jumpin, confectionery brand Nutrine that Godrej had acquired, and so on.
What made matters worse was the nature of the foods business that requires sustained investments, and long gestation periods before the results percolate. Since Hershey held only 51 per cent stake in the JV, it also meant that nearly half of additional investments, if any, would have to come from Godrej and other minority shareholders. But this business did not fit in with the core business strategy of the Godrej group. As Godrej group chairman Adi Godrej himself admitted, “We have been making clear choices to focus on areas where we have a competitive advantage and that provide the best growth opportunities for us. Our decision to divest our stake in the Godrej-Hershey joint venture is in line with this focused portfolio strategy.”
Now, Hershey executives feel they can step on the accelerator. “Confectionery and beverage category growth in India is solid and we are excited about our opportunities. We will make the necessary investments in India to accelerate growth, leveraging our core strengths and business model,” says J.P. Bilbrey, president and CEO, The Hershey Company.
After the transition is completed this month, Hershey is going to leverage its  global resources across the chocolate and sweets and refreshment business units and focus harder on its India business to “evolve into a faster growing market leader in the food and beverage space”. From a loss of Rs 74 crore in the year ended March 2012 to that  status, it will take a lot more than sweet talk.