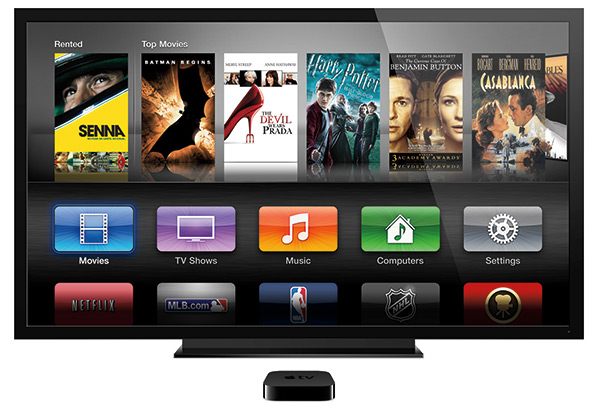 08 November, 2014
Print this article Font size -16+
Fancy a smart TV but put off with all the zeros in the price? If you already have a large screen LCD, it could be argued you don't really need the latest smart TV, given most of the content you would want to watch on your TV today is stored on PCs and hard disks. Instead, you could look at media devices like the Apple TV and Amkette's Evo TV XL that add the "smarts" to a regular large screen TV.

Apple TV
What it is: Let's start with what it isn't. Despite the name, this isn't Apple's much rumoured foray into the television segment. Neither is it a digital video recorder to record your shows while you're away from home or watching another channel - in fact, it doesn't even have any storage built-in to store your movies/music. Instead, it's a 4inch-square and 1-inch high box that sits alongside your television, and lets you stream and play full-HD TV shows and films from Apple's online iTunes Store, stream music/movies/photos from your computer running iTunes, and connect the media on your iPad, iPhone or iPod touch via AirPlay. Added bonus,  it lets you mirror your iOS device screen onto your TV; yes, big screen photo viewing, presentations or games playing right off your portable iOS device!

The Good: Super easy to configure and get working with iOS devices or PCs running iTunes, rock solid streaming capabilities via AirPlay, carry-everywhere design.
The Bad: No built in storage means you can't store your content on the device, no additional smart TV boxes capabilities like third party apps…yet. Restrictive if your media isn't imported into iTunes.
Who it's for: Perfect for iOS-device-carrying media mavens, too restrictive for folks not entrenched within the Apple ecosystem.

Amkette Evo TV XL
What it is: While the Evo TV XL looks deceptively like an Apple TV, there's a lot more to Amkette's offering. The smart TV box runs Android 4.0 Ice Cream Sandwich and packed to the rafters with connectivity options - 4 USB ports, SD/MMC card readers along with wired/wireless network connectivity. Add to that the Evo Touch controller, the motion enabled controller that lets you navigate the user interface, play motion sensitive games like Fruit Ninja and use as a high-quality microphone for Skype calls. Media playback works as advertised, and the Evo TV XL plays just about any format you load onto it, whether it is via USB storage, memory card or streamed over the network from your Mac/PC. As an internet connected box, the Evo TV XL lets you use browse the web, download Android apps and games and watch Youtube videos with ease.

The Good: Capable media playback, a good compromise between memory expandability and built-in storage, surprisingly good mobile gaming capabilities with the motion sensitive remote, excellent connectivity options.
The Bad: Occasional hiccups when loading high definition content from an attached hard drive.
Who it's for: Multimedia enthusiasts not invested into the Apple ecosystem.