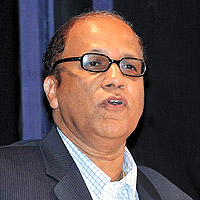 
However, there are grey areas, too. Mining and tourism have been the primary drivers of Goa's economy. But an economy cannot depend on an industry like mining for eternity. Constant agitations and public outbursts against industry have also raised many issues, though Mangirish Pai Raikar, vice-president of Goa Chamber of Commerce & Industry, has a different take. "Everyone is saying people are opposing industries; we are saying they are not," says Raikar. "People are opposing illegal sale or transfer of land. The problem is political and related to corruption, and not economic."

Tourism also depends on international economic scenarios and growth of tourism-related infrastructure. Unfortunately, Goa has failed to create modern infrastructure to cope with the increasing flow of tourists. Besides, as Raikar says, Goa is banking on its natural beauty, and is not doing enough to promote its culture.

Then, the state might face power issues in future. The economic survey of the Goa government states: "The present suppressed maximum demand of Goa is 440 MW. The projected demand of Goa for the year 2011-12 will be 712 MW; it is expected to be 1,083 MW by 2016-17." Surprisingly, no concrete efforts are in the works to help meet the growing demand.

On the industries front, the state could attract investment of merely Rs 722.54 crore in the previous financial year. The government has taken a stand that Goa needs eco-friendly industries, and that it will only promote non-polluting ventures. The motive is laudable but has resulted in lesser investment coming in.

Then, schemes enacted by the state to promote agriculture have failed miserably. And Goa is largely dependent on neighbouring states for horticultural produce, poultry and milk products. The demand for milk in Goa is around 300,000 litres per day, of which 50 per cent comes from neighbours. Similarly, demand for poultry products is 150,000 broilers per week, and local supply is merely 50,000.

While celebrating 50 years of liberation, Goa's powers-that-be need to put on their thinking caps to keep the state ahead of the rest.