Mumbai (Maharashtra) [India], August 11 (ANI): Actor Sanjay Dutt on Tuesday announced that he is taking a short break from work for his medical treatment.
The 61-year-old actor shared a statement to Twitter and wrote, "Hi friends, I am taking a short break from work for some medical treatment."
The 'Khalnaayak' actor further said "My family and friends are with me and I urge my well-wishers not to worry or unnecessarily speculate. With your love and good wishes, I will be back soon!" 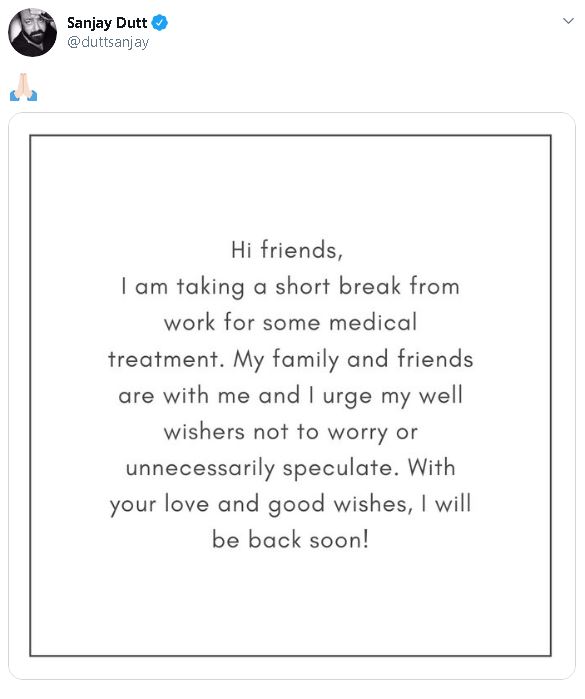 Dutt who was admitted to Mumbai's Lilavati hospital on August 8 after complaining of breathlessness, on Monday got discharged from the hospital.
Earlier on Sunday, he had announced through a tweet that he was feeling better and that he was shifted from ICU to the normal ward.
On August 8, the 'Munnabhai MBBS' actor, soon after hospitalisation issued a statement on Twitter assuring his followers that he is "doing well" and his reports for COVID-19 were negative. (ANI)