New Delhi [India], February 23 (ANI): The release date of actors Saif Ali Khan and Arjun Kapoor's upcoming horror-comedy titled 'Bhoot Police' has been revealed. The movie, which will offer a fair share of laughs and jump scares, is slated to hit the big screens on September 10, this year.
Arjun took to his Instagram account to share the release date of the film, which also stars Jacqueline Fernandez and Yami Gautam.
Along with the announcement, the actor also shared a poster from the upcoming film. The poster features Saif, Arjun, Jacqueline and Yami in the hunt of ghosts while posing against an eerie backdrop.
In the poster, Jacqueline, Saif, Arjun and Yami can be seen standing atop a hill, with their backs towards the camera. Each one of them is holding something. Yami can be seen holding a torch, while Arjun has a spear and Jacqueline has a leash in her hands. Saif seems to be holding a skeleton of a hand.
Arjun captioned the post, "Get ready to scream with laughter! #BhootPolice arrives on 10th sept. #NewNormalIsParanormal." 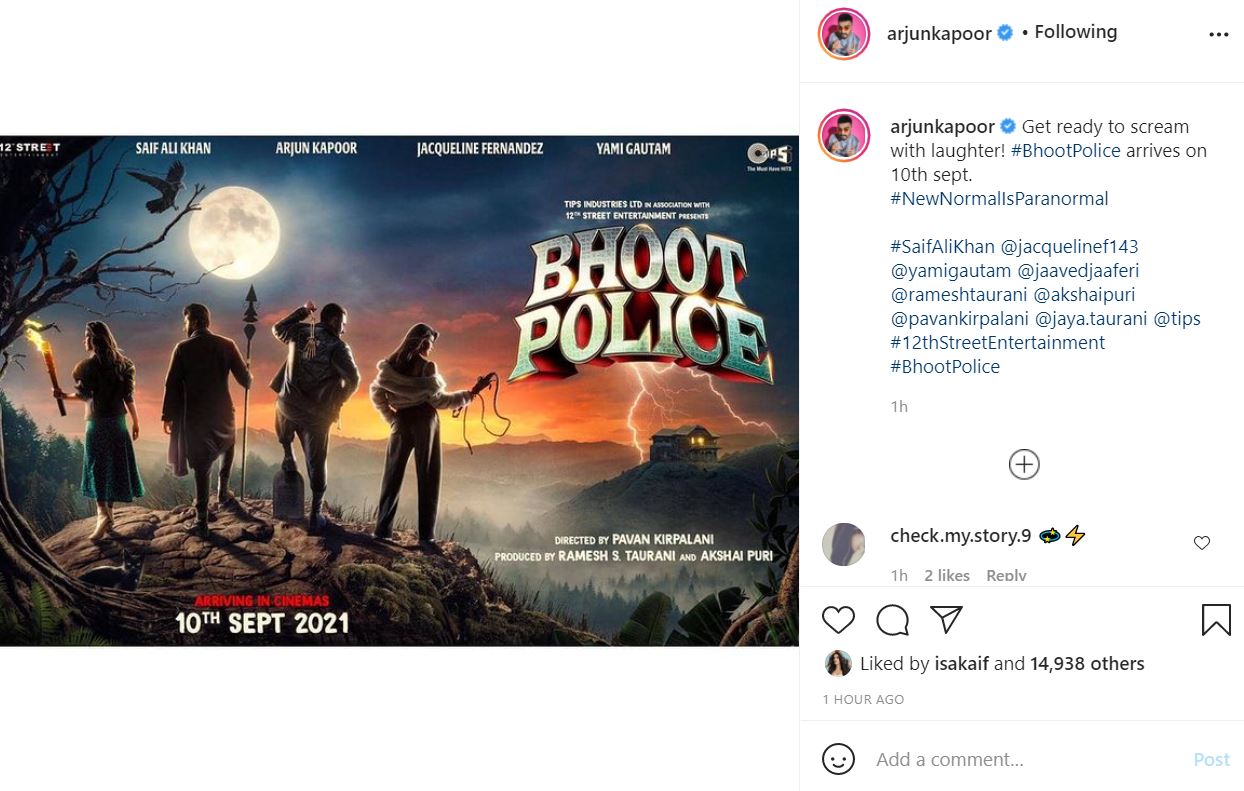 The horror-comedy was initially announced in 2019 with Saif, Ali Fazal, and Fatima Sana Shaikh. The cast was changed recently. 'Bhoot Police' will mark Saif's first collaboration with Arjun and Yami.
Directed by Pavan Kirpalani, the upcoming film is produced by Ramesh Taurani and Akshai Puri.
The team of 'Bhoot Police' has reportedly been shooting in various locations - they started in Dalhousie, moved to Dharamshala, and then went to Jaisalmer in January this year. The team also shot some portions of the film in Mumbai. (ANI)