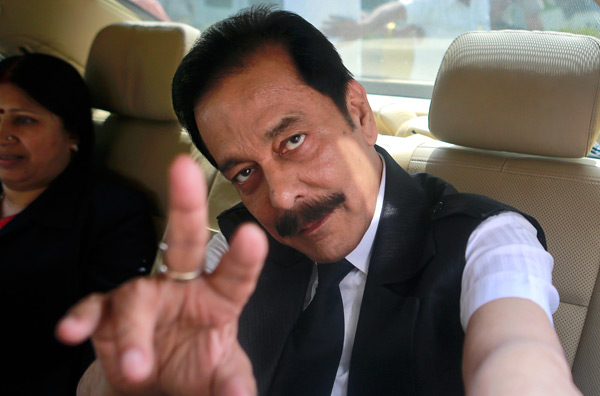 The group is also believed to have clinched deals for sale of two more land parcels (one in Vasai, Mumbai and another in Jodhpur, Rajasthan) for over Rs 1,250 crore, while talks are in the final stages for sale of a Pune land tract.

An official announcement is yet to be made for these two deals.

Announcing the Gurgaon deal, probably the biggest land transaction so far in 2014, M3M India said the 185 acres of land it bought would be used for 'mixed-use development' and has sales revenue potential of Rs 12,000 crore over the next 6-8 years. M3M India Director Pankaj Bansal said it is not a "distress sale" by Sahara.

He further said that the deal, subject to the Supreme Court's approval, was clinched two months ago as per the prevailing market price after M3M India was approached by Sahara group.

The entire amount of Rs 1,211 crore will be paid in installments over a period of six months, while post-dated cheques have been given to Sahara group for purchase of this land, situated at Chauma village in Gurgaon.

The Sahara conglomerate won the Supreme Court's approval to sell four of its domestic properties, which it said would raise Rs 2622 crore ($424 million), crucial to secure the bail of its jailed chief.

Sahara Chairman Subrata Roy has been held in a New Delhi jail for almost nine months in a long-running dispute with the Securities and Exchange Board of India (Sebi) over the refund of billions of dollars the group raised in outlawed bonds.

The court allowed the group to sell properties in Jodhpur, Pune, Chauma in Gurgaon and Vasai in Mumbai.

A bench headed by Justice T.S. Thakur was told that the transactions for these properties would be completed by May 2015 and in the meantime, the purchasers would deposit post-dated cheques in the name of Sebi-Sahara refund account with undertakings that those would be honoured on due dates.

The Supreme Court has asked Sahara to deposit 100 billion rupees initially to release Roy on bail. Sahara has said it would mortgage or sell its overseas hotels, including the Plaza in New York and Grosvenor House in London, to raise funds.

The deal announcement comes within days of Supreme Court permitting the Sahara Group to proceed with the sale of four domestic properties, which is likely to fetch Rs 2,710 crore, in its bid to raise Rs 10,000 crore for Roy's release.

Besides this Chauma land, the court has allowed Sahara to sell properties in Jodhpur, Pune and Vasai.

Sources said that the Vasai land is being sold for Rs 1,111 crore, while that in Jodhpur for another Rs 140 crore.