Safe And Smart Cities Is No Longer A Choice, It Is An Imperative: Puri

“The urban space has been neglected for around 67 years and the neglect has almost been criminal in nature. The Modi Government is trying to correct that and is doing a commendable job in the form of his flagship schemes,” Puri affirmed 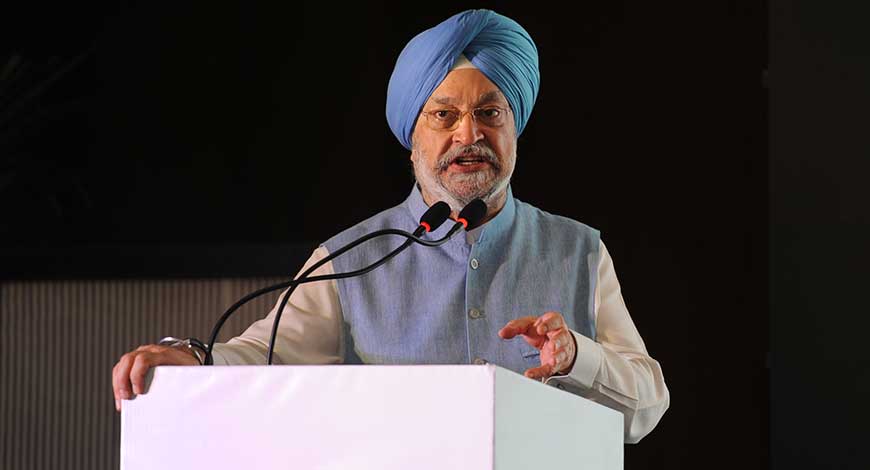 Commensurate with the Government’s Smart Cities mission, resilience, sustainability, and safety are the elements considering the changing dynamics of our fast-evolving cities. Affirming the same at BW Businessworld Smart & Safe Cities Conclave in New Delhi today, Hardeep Singh Puri, Minister of State for Housing & Urban Affairs said, “Building smart and safe city is no longer a natural choice for us, it is an imperative. Urbanization in India is taking place at a very fast and worrying pace. There is no point in lamenting that pace because urbanization will take place. Already 65 per cent of our GDP comes from the urban spaces, more than 90 per cent of our tax returns come from urban areas. 17 per cent of the Indian population was living in urban spaces in 1947, by 2030 we will have 600 million Indians living in urban spaces.”

The minister also stressed on the number of people living in slums in urban areas as a fundamental mistake. He said, “These people are victims of our poor policies, not because they are poor and it is our duty to rectify that mistake."

“The urban space has been neglected for around 67 years and the neglect has almost been criminal in nature. The Modi Government is trying to correct that and is doing a commendable job in the form of his flagship schemes,” Puri affirmed.

Talking about the achievements of the Government, he stated, “The idea is that, by the 150th birth anniversary of Mahatma Gandhi on 2nd October in 2019, India should be open defecation free. There also is a behavioural change that is required. The Pradhan Mantri Awas Yojna which aims to ensure a house for every Indian by 2022, has done very well. In the rural areas, we plan to hand over 10 million homes to beneficiaries by December 2018, while in urban areas, our aim is 11 million. We are building the homes under this yojana with the latest technology.”

The minister avowed to base the smart cities on four parameters such as, ease of living, connected communities, smart governance and urban resilience.

Puri also emphasized that, where other countries have 2-3 smart cities, in our case, we have 100 but the challenge is much more due to issues peculiar to our states. Also, the behavioural change is yet to come where people need to take initiatives themselves to bring in about the change and help in making our cities clean, safe and smart. Though we are a traditional society, the change is coming in.