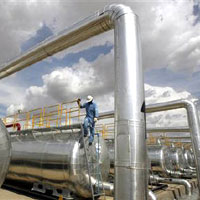 08 November, 2014
Print this article Font size -16+
The Supreme Court on Thursday, 9 May 2013, upheld $8.5 billion Cairn-Vedanta deal, saying that the Centre and ONGC not exercising the right of pre-emption over sale of shares of Cairn India Limited (CIL) was a prudent commercial decision.

The court said that the decision on not buying the shares of CIL was taken by the Centre and ONGC after considering various commercial and technical aspects and it cannot sit in judgement over the commercial or business decision taken by parties.

"We are of the view that on facts, as well as on law, the ONGC and the Government of India have taken a prudent commercial and economic decision in public interest. We are not prepared to say that the decision is mala fide or actuated by any extraneous or irrelevant considerations or improper motive," a bench of justices K S Radhakrishnan and Dipak Misra said.

"We notice that the ONGC and the Government of India have considered various commercial and technical aspects flowing from the Production Sharing Contract (PSC) and also its advantages that ONGC would derive if the Cairn and Vedanta deal was approved," it said.

The court passed the order on a PIL alleging that there was a clause in the agreement between Cairn group and ONGC that in case Cairn Group wanted to sell its shares in Cairn India, it would first offer the same to ONGC and this right was "not asserted" by the PSU and the Centre.

The bench after going through all the aspects came to the conclusion that the decision taken by ONGC not to exercise its Right of First Refusal (RoFR) was taken after elaborate and due deliberations as the price of shares was in excess of intrinsic value.

"The report of SBI Caps, after making a detailed financial analysis, also supported the decision taken by the ONGC. The decision to grant no objection to the transfer of shares of CEIL (Cairn Energy India Pvt. Ltd.) from Cairn to Vedanta was also on the basis that the proposed price of share was at Rs.355 per share, was well in excess of its intrinsic value as were evaluated by SBI," the bench said, adding that SBI had evaluated each share.

The bench also said that courts should not interfere in commercial and business decision unless there was violation of any statutory provisions or the decision was taken for extraneous considerations or improper motives.

The court "cannot sit in judgement over the commercial or business decision taken by parties to the agreement, after evaluating and assessing its monetary and financial implications, unless the decision is in clear violation of any statutory provisions or perverse or for extraneous considerations or improper motives," the judgement said.

"The state or the state undertaking being a party to a contract, have to make various decisions which they deem just and proper. There is always an element of risk in such decisions, ultimately it may turn out to be a correct decision or a wrong one. But if the decision is taken bona fide and in public interest, the mere fact that the decision has ultimately proved to be a wrong, that itself is not a ground to hold that the decision was mala fide or done with ulterior motives," it said.

"Matters relating to economic issues have always an element of trial and error, so long as a trial and error are bona fide and with best intentions, such decisions cannot be questioned as arbitrary, capricious or illegal," it said.

Cairn India Ltd, a subsidiary of UK-based Cairns Energy, is the operator of Rajasthan oil block.

It had entered into an agreement with UK-based Vedanta Group on June 16, 2010, to sell its majority stake in Cairn India for a consideration of around USD 8.48 billion.

The petitioner, a Bengaluru resident Arun Kumar Agarwal, had challenged the approval granted by the Centre on January 24, 2012 for the acquisition of stake in CIL by Vedanta group.

It was also pleaded that ONGC be directed to exercise its right of pre-emption over sale of shares of CIL on the same terms and also for a direction to CBI to probe against the company for not exercising its legal rights under RoFR and giving clearance to the CairnVedanta Deal.