SC Asks Kerala Not To Shut Down Bars Hastily 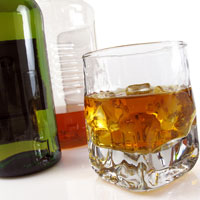 08 November, 2014
Print this article Font size -16+
The Supreme Court on Wednesday (10 September) asked the Kerala government not to shut down bars in the state until it hears a clutch of petitions challenging the ban order.

The apex court bench headed by Chief Justice Anil R Dave asked the state government to wait as it would hear the matter on Thursday (11 September) when it was mentioned by a battery of senior lawyers representing bar owners.

As many as 700 bars in Kerala were set to lose their licences if the order banning the sale of liquor at bars and hotliquaels below the five-star category came into  effect from Sep 11.

According to the government's  phsed prohibition plans, state-run liquor stores, too would be phased out at a rate of 10 per cent a year for the next decade.

Not just bar owners and tipplers, even some members of the ruling Congress-led United Democratic Front have questioned the wisdom of the prohibition plan pointing out that the state government gets Rs 7,000 crore in revenues from alcohol taxes.There are also fears that prohibition would hit tourism revenues.

Congress in Kerala has urged the party high command to restrain lawyers associated with the party from appearing for the liquor barons in the petition filed by them in the Supreme Court, challenging the UDF Government's decision to close down over 700 bars.

According to party sources, Chief Minister Oommen Chandy and KPCC president V M Sudheeran told the central leadership that it would be a deep embarrassment for the party if some lawyers who also serve as Congress spokespersons argued the case for the bar owners.

This demand was made in the backdrop of reports that some bar owners might approach some leading lawyers having close association with Congress to argue the case against the state government decision, projected by UDF as a roadmap for leading the state to total prohibition within a decade.

Meanwhile, KPCC president V M Sudheeran said there was no rift within the Congress or the coalition over the new liquor policy.

"There is no division in the Congress or the UDF over the liquor policy. Now the prime challenges is implementation of the policy," he told reporters after a party leadership meeting here.

In a radical policy shift, the UDF Government last month decided to shut all bars attached to hotels below five-star categories, laying the road map for total prohibition within a decade.

Kerala, which has one of the high per capita consumption of liquor in the country, is bound to suffer a huge revenue loss by way of the decision.

The Government, however, has ruled out a re-look at the issue holding the social cost to be saved by drastically reducing availability of alcoholic drinks would be far higher than the revenue loss.