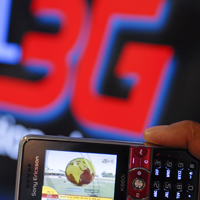 The telecommunications ministry had asked Bharti Airtel, Vodafone and Idea Cellular to end the pacts, which the government says are illegal. It also imposed penalties on the companies.

The court will hear the case again on April 11. The dispute over the 3G pacts is one of several regulatory challenges hurting carriers in the world's second-biggest mobile phone market.