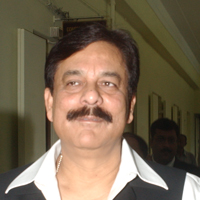 "...both the appeals are dismissed...The appellants in both the appeals shall now repay within six weeks from today the amount collected from investors on the terms as set out by the whole time members (of Sebi) in the impugned order," SAT said in its order.

While dismissing the appeal filed by Sahara Group companies against the Sebi order, it held that the market regulator has jurisdiction over such fund raising schemes.

"...we may mention that in view of our findings that OFCDs issued by the company are securities and that the issue was a public issue requiring mandatory listing and that Sebi has the jurisdiction under the Sebi Act to deal with all kinds of securities and companies, whether listed or not...", the order said.

On July 15, the Supreme Court had directed Sahara Group firm Sahara India Real Estate Corp to approach SAT against the Securities & Exchanges Board of India (Sebi) order directing the return of money collected from investors for an OFCD scheme within three weeks.

The apex court had stated that it has understood the concept of OFCD and was of the view that the matter involves important questions of law, which need to be adjudicated upon. The Court also indicated that though the Sebi order explains the concept of OFCD, it goes beyond the mandate. As two avenues were available for such adjudication one being before the High Court, and the other before SAT, the court ordered that Sahara should file a petition before the SAT.

"We are of the view that keeping in mind interest of the investors... better option would be to give an opportunity to the petitioner (Sahara) a hearing before SAT," the bench observed.

Meanwhile, senior advocate Fali S Nariman appearing for Sahara Group firm had submitted that till the final order of SAT, it will not invite any fresh deposit in the optionally fully convertible debentures (OFCD) scheme.

The apex court also said that the interim order of Sebi would not be operational till the appeal is decided by SAT.

In addition, the apex court directed the Sahara Group firm to withdraw its petition filed against Sebi in the Allahabad High Court.

The apex court said that SAT will take a decision irrespective of Sebi's interim order and the remarks passed by the Allahabad High Court in this issue.

The Supreme Court also directed the Sahara Group firm not to take any adjournments before SAT.

The apex court on July 15 asked SAT to pass an order in eight weeks (from the date of filing of the case – the parties can move the SAT within three weeks from now). It added that until then the Sebi order will not be operational. The court has also directed the Corporate Affairs Ministry to be a party (respondent) in the matter.

Earlier, on June 27, a vacation bench of the apex court comprising Justices P Sathasivam and A K Patnaik had declined to hear the plea of Sahara India Real Estate Corp and asked it to list the matter before the Chief Justice, who has been hearing the case.

Following the orders of the Supreme Court, the Securities and Exchange Board of India had on June 23 directed the two Sahara Group firms -- Sahara India Real Estate Corporation and Sahara Housing Investment Corporation -- to refund the money, along with 15 per cent interest, raised through its OFCD scheme for violating regulatory norms.

Besides, the regulator had also restrained the entities from accessing the securities market for raising funds till the time payments are made to the satisfaction of the SEBI.

Issue Of Jurisdiction
The apex court has also asked the tribunal to decide the issue of jurisdiction on the regulation of instruments like OFCDs. There is an ongoing tussle between the ministry of corporate affairs (MCA) and Sebi on which body should regulate financial instruments like OFCDs. MCA told the Allahabad high court that the Registrar of Companies (RoC), which forms a part of its organizational machinery, would have the jurisdiction and not Sebi.

"We make it clear, in the appeal which is proposed, that ministry of corporate affairs should be a party as a respondent, particularly in view of issues arising in this statutory appeal," the bench said.