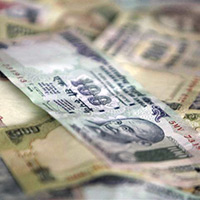 08 November, 2014
Print this article Font size -16+
The rupee saw its biggest single-day fall in four-and-a-half months on Friday (13 June) as escalating civil war in Iraq dulled the buoyant risk appetite, with oil importers running in to buy the greenback on fears crude prices could spike further.

Brent crude oil hit a nine-month high near $115 a barrel on Friday as the United States threatened military action against Islamist militants who have taken towns and cities in Iraq, raising concerns over its oil exports.

India imports nearly two-third of its oil requirements with oil importers being the largest buyers of dollars in the local currency market.

"There was some outflow towards Hero MotoCorp and then with equities tanking due to Iraq tensions we saw good demand from custodian banks as well," said Naveen Raghuvanshi, a senior foreign exchange trader with DCB Bank.

U.S. private equity firm Bain Capital Partners LLC will sell its equity stake worth up to $393 million in Hero MotoCorp, India's largest maker of motorcycles and scooters, according to a deal term sheet seen by Reuters.

"The central bank will however try to keep the rupee in a 59 to 60 per dollar range in the near term but how long the Iraq crisis goes on will also be key," Raghuvanshi said.

The rupee fell 0.85 percent on the day, its steepest one-day drop since Jan. 24. On the week, the rupee slipped 1 percent, falling for the third straight week, which is also its biggest weekly fall since the week to Jan. 24.

The evolving geo-political situation will be the key for the rupee's direction in the near term, though the central bank is expected to intervene to prevent any excessive volatility in the local currency.

In the offshore non-deliverable forwards, the one-month contract was at 60.09 while the three-month was at 60.65.