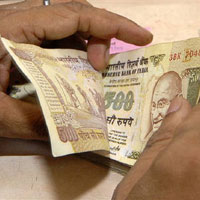 Dealer says sharp fall in the September-quarter current account deficit, though on expected lines, is positive for the rupee.

The pair continuing to have strong technical support at 61.9.

The yen remained on the backfoot early in Asia on 3 December, having succumbed to further selling pressure on prospects of more stimulus from the Bank of Japan.