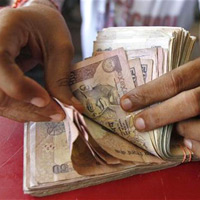 The index of the dollar versus six majors trading down 0.06 per cent.

The euro licked its wounds near a 10-week low against the dollar on Monday after soft euro zone inflation data rekindled speculation the European Central Bank may ease policy to stave off deflation.

Traders will continue to monitor the domestic share market which is currently down 0.4 per cent for cues on foreign fund flows. The HSBC Markit manufacturing PMI data due to be released at 0500 GMT will also be monitored for cues.
Tags assigned to this article:
economy india news 4 dollar pmi manufacturing rupee euro european central bank