Run Out Of Options 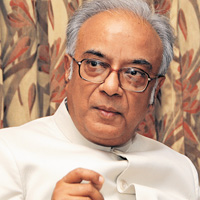 The finance minister of west bengal raised value added tax on consumer durables on 12 November. He said he was only following the example of 17 other states. Not content with taxing the rich, he then went for the drinking poor; he raised tax on liquor provided it cost less than Rs 260 a litre, and permitted, nay, encouraged country liquor shops to sell it to addicts of cheaper potions.

These precipitate moves are uncharacteristic of Asim Dasgupta, who does not really believe in taxation. His state routinely spends more than twice it receives in taxes; in the current year he expects to spend Rs 86,000 crore, whereas his revenue will be Rs 35,000 crore. He has done this ever since he became finance minister. He does not believe that expenditure must be constrained by revenue; as long as he can find money from somewhere, he will spend it. Till now he found it from somewhere or other — chiefly by selling the bonds of his government to helpless government banks, with the help of some arm twisting from the Reserve Bank. There was no need for him to feel guilty, for all the states did it, not to mention their big daddy, the central government.

So it came as a shock to him when the Reserve Bank threatened to bounce his government's cheques. It has not disclosed the size of the overdraft he is running with it, called ways-and-means advances; but it has clearly exceeded some notional limit set by it; hence his panicky fiscal impositions.

It is surprising that he has run into these difficulties, for he has powerful friends in Delhi. He is a good friend of the central finance minister; he rendered Delhi yeoman service by chairing the committee of state finance ministers that prepared the ground for introduction of value added tax. He also showed Pranab Mukherjee the way: that he should pay royalty on coal mines run in West Bengal by Coal India, and that he should reimburse West Bengal relief expenditure resulting from the cyclone Aila and the current drought. Maybe Mukherjee read out to him the Supreme Court's opinion, expressed in the interminable suit of the Ambani brothers, that everything under the ground in this country, and much under the sea around, belongs to the central government. And Mukherjee would give relief aid if there was some political advantage. He would have seen advantage if the Communist Party of India (Marxist) had been an ally. It was once, but Prakash Karat broke off the alliance in a huff over the Prime Minister's growing closeness to George W. Bush. Those who live by borrowing cannot stand on principle; nor can their friends.

The central government would have helped him out: it would have enabled him to restructure his debt, reduce interest on it and prolong its maturity. But for that, West Bengal would have had to pass a fiscal responsibility act, and promise to bring down its fiscal deficit year after year. This was sheer effrontery; for in Dasgupta's book of public finance, there is no difference between revenue and capital. All expenditure is all right as long as he can find money for it. It does not matter whether it is received from taxes or borrowed; debt is a capitalist fiction. On that view, West Bengal had run the most trivial deficits; it was blameless, and needed no self-correction.

He may go on believing that, but the capitalist lackeys in Delhi do not; and they control money. The only way he can square his principles with their obduracy is to stop paying his government servants' salaries. It is not such a novel idea. Before Nitish Kumar came, the Bihar government routinely failed to pay salaries. Over time, its employees adapted themselves to it. They earned from corruption, from additional jobs, by selling government services, by misusing their power, in every way they could think of. But the chances are that employees of the West Bengal government will not show the same entrepreneurial spirit. They will go on strike, take out processions, surround Writers' Building and threaten Dasgupta and his colleagues with violence. Those who live by principle must be prepared to die for it.

If Dasgupta cannot stop paying salaries, he can try to step down. But it is unlikely that his party will accept his resignation. It has no one who combines his contempt for capitalist accounting rules with the ability to wear out everyone with arguments, good, bad and indifferent. So his only way out is to persuade his party to hold early elections in the state. But even that will take six months. It seems that he may have to put on a saffron robe, grow a beard, and retire to the Himalayas.