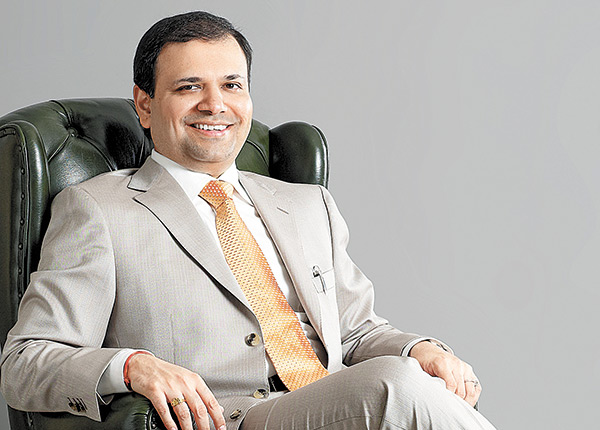 08 November, 2014
Print this article Font size -16+
Finance minister Arun Jaitley’s budget proposal must have been music to the ears of Virendra Mhaiskar, chairman and managing director, IRB Infrastructure Developers. Development of roads, especially the Golden Quadrilateral, and the vision of 100 ‘smart’ cities using the infrastructure of arterial roads were presented as focus areas of the new government. Though not a huge outlay in the business of infrastructure, an allotment of Rs 7,060 crore, specifically for the development of modern, smart cities in the current financial year, is a sign few can miss.

For IRB — a holding company for a clutch of subsidiaries and special purpose vehicles (SPV) engaged in road construction, build-operate-transfer (BOT) concessions, real estate and even hospitality — good days are ahead, if it plays its cards right.

IRB is a fairly young company. Incorporated only in 1998, it speedily made a mark by pioneering the BOT model of highway and road development. In fact, the first BOT venture in the country was undertaken by IRB before incorporation in 1995, when it executed the 25-km-long Thane-Bhiwandi Bypass (Phase I).

In its BOT business, some of IRB’s milestones include the 196-km Ahmedabad-Vadodara project of the National Highways Authority of India costing Rs 4,880 crore in 2011. More recently, it was awarded three national highway projects for the Solapur-Yedeshi (Rs 1,500 crore), Yedeshi-Aurangabad sections, as well as in Kaithal on the Rajasthan border. Over the years, IRB has developed one of the largest BOT portfolios in the country, with a total length of over 9,000 km. It holds a market share of about 11 per cent on the Golden Quadrilateral. The company was lucky to have slotted its initial public offer (IPO) in 2008 before the recession hit, raising Rs 945 crore.

There are some interesting factors that make IRB a high-growth company. It has very few competitors in the large project category. It has a healthy order book position of Rs 11,973 crore, though it has to still achieve financial closure on many of these projects. Around 16 projects are expected to begin operations during the current fiscal. The company has managed to keep its operating margins at a steady 30 per cent for its construction projects.

IRB has also been actively diversifying to related areas of business. Principally, it is looking at real estate development alongside the Mumbai-Pune Expressway. It has, over time, acquired around 1,200 acres along the arterial road and will be kicking off more acquisition and realty projects soon. It has also successfully bid to build an airport in Maharashtra’s Sindhudurg district. The Maharashtra Industrial Development Corporation (MIDC) has handed over 263 hectares of land for the Rs 350-crore project, and the company has paid Rs 21 crore for the 95-year land deal and concession.

There are, however, some serious issues of concern that the company may have to address. As can be seen from the annual performance figures, FY2014 has not been particularly bright for IRB. Net sales revenues grew by just 8.8 per cent, the slowest in four years. The company will, therefore, have to ramp up its business operations both in the number of live projects as well as kicking off new verticals. Mhaiskar did not respond to BW | Businessworld’s queries.

As things stand, IRB is overly dependent on Maharashtra (41 per cent) and Gujarat (23 per cent), which together account for 64 per cent of its BOT projects. The concessions for road building and toll revenue are extremely ‘political’ and there is a major move in Maharashtra today for ending road tolls because of the popular upsurge against the charge. A regime change in Mumbai or Bangalore can reverse a healthy order book position overnight into a drought. It is not known whether the company has taken adequate steps to counter these trends.