Mumbai (Maharashtra) [India], September 27 (ANI): Actor Riteish Deshmukh on Sunday expressed condolences on the demise of former Union Minister Jaswant Singh while terming him as a 'visionary leader'.
The former Union Minister passed away today morning, due to a cardiac arrest, at the Army Hospital (Research and Referral), Delhi.
"Deeply saddened to hear about the passing away of Shri #JaswantSingh ji. He was a patriot, an army man, a writer, a thinker, a progressive & a visionary leader who was loved & revered across party lines," wrote Deshmukh on Twitter. 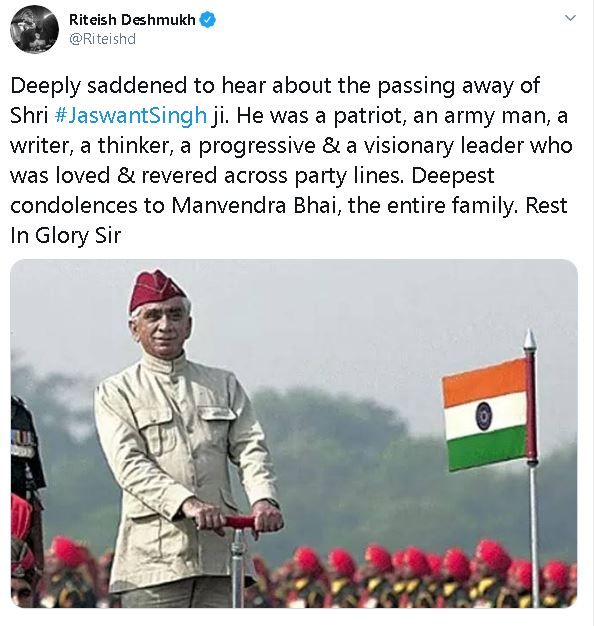 Extending his condolences to the bereaved family, he added, " Deepest condolences to Manvendra Bhai, the entire family. Rest In Glory Sir."
A veteran BJP leader, Jaswant Singh, had first served in the Indian Army before joining politics. He served as a member of both the Houses of the Parliament and held several important positions in the NDA Cabinet. (ANI)