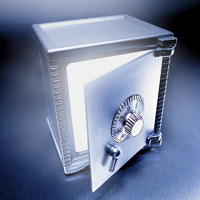 But the survey has also been undertaken in a changing landscape, and presents our banks with room for some serious introspection. Take financial inclusion, a priority of the government faced with the task of creating an environment where despite great growth, providing access to large parts of the population is a distant dream.

Banks will have to think about financial inclusion in a business context rather than as imposed responsibility. Concerns over the effectiveness of microfinance institutions that were expected to fill this gap adds pressure on banks to reach out to semi-urban and rural India.

Yes, much is being done with the regional rural banks, but they present a whole different set of jurisdiction problems for the Reserve Bank of India (RBI). The discussion paper on new bank licences explores the possibilities of giving corporate houses licences to turn them around, and should that happen, they could become competitive with existing banks at this level.

Banks also have a huge amount of data on small and medium enterprises, but have not done much with it. There has not been much thinking about new products or services targeted specifically at this sector, where clearly there are several kinds of opportunity.

Finally, today's banks will have to think about how they will manage future capital needs to sustain current growth trends. A back-of-the-envelope estimate of the requirements of tier I capital over the next three or four years puts it at roughly Rs 25,000 crore, not an inconsiderable sum. Add to that the need for more provisioning, and the numbers get larger.

The Regulator As Facilitator
Part of the solution to address these changes in the banking landscape can be facilitated by appropriate policy. Regulation of the banking industry is not weak, but it is a bit outdated. For one thing, banks have a legacy — driven from past social policy — of having to meet too many objectives beyond functional ones, broadly captured in the phrase ‘priority sector'.

There seems to be a case for allowing specialisation among banks; many bankers suggest the application of David Ricardo of specialisation. Let there be investment banks, corporate banking, retail banks, money centre banks, even agricultural banking. That, they say, will allow those in business and others planning to enter it a choice of the type of institution they want to be.

Bank licensing should be like telecom spectrum licensing (without the abuses, of course!): driven by the impetus of market penetration, rather than treating bank licences as precious assets that have to be given out in dribs and drabs. One step could be to have continuous bank licensing, rather than focusing on them being events that take place every few years.

A similar logic can be applied to capital standards for new entrants including from the corporate sector. Rather than having the same capital standards, perhaps the answer lies in starting with 100 per cent tier I capital in the first year, and reduced progressively over the next four years: to 80 per cent, 60 per cent, etc.

There are lessons from the past that are well worth paying heed to. The absence of or minimal expansion in the number of banks for almost two decades — till the beginning of this millennium — has created a skill gap felt mostly in middle management. As the present lot retires, there are too few candidates within banks to take over. Banking is a relationship-driven business, and having the right people in the right place at the right time is key to success.

There are other challenges as well. While we celebrate the robustness of net interest margins and other drivers of bank profitability, the high cost of borrowing for most banks is often ignored as these costs are passed through. The truth is, it is the high cost of financial intermediation that renders banks inefficient.

Our banks, however, can handle all these issues; many are blessed with strong leaders in an environment managed by an enlightened regulator. Three years from now, this essay may well be talking about how these very banks met those challenges. As has been said before in these pages, good bankers, like good tea, are only appreciated when they are in hot water.