Riding On The FMCG Sector’s Fortunes 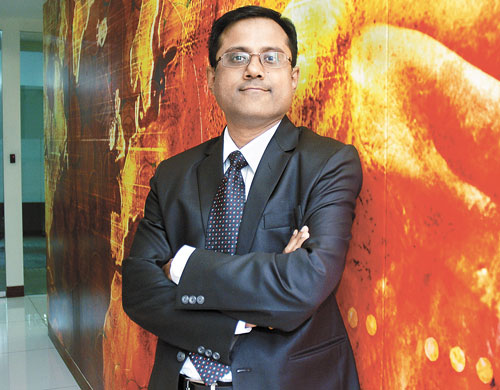 08 November, 2014
Print this article Font size -16+
As a general rule, shares of fast-moving consumer goods (FMCG) companies are considered a defensive bet, especially in volatile markets. But in 2012, returns on FMCG stocks have been anything but defensive. “Last year, FMCG funds have given returns roughly of 36-37 per cent,” says Yogesh Bhatt, fund manager, ICICI Pru FMCG Fund. “They have outperformed the main benchmark index, which has given returns of around 24 per cent, quite substantially.”

ICICI Pru FMCG Fund topped the rankings in the long-term leader category (SIP returns over five years) in this year’s Businessworld survey of the best-performing mutual funds. It did so because it has been able to generate returns that mirrored the benchmark — the CNX FMCG. Of course, in a country with rising levels of consumption, operating in the FMCG sector helps.

Just look at its top holdings: ITC (36.9 per cent), Hindustan Unilever (12.5 per cent), Marico (7.8 per cent), VST Industries (7.2 per cent) and Glaxosmithkline Consumer Healthcare (5.1 per cent). The fund has more or less stuck to the current portfolio and Bhatt hasn’t seen any reason for churning it. Why ruin a good thing?
Within his biggest holdings, Bhatt changed exposure levels when the opportunity presented itself and, in line with the changing scale or scope of investee companies’ strategies. Take Hindustan Unilever, which has seen the most change. Bhatt says that’s because Hindustan Unilever has been changing its product line. The fund increased its exposure to Hindustan Unilever in 2009. “But then, the company moved out of basic consumer goods and increased its focus on premier products,” says Bhatt. “This allowed the competition to come into the market where Hindustan Unilever was a major player.” So he reduced the fund’s exposure to the company between 2009 and 2012. “However, with the recent changes in the company, we are thinking of increasing our exposure level again,”  says Bhatt.

The fund has invested in a few discretionary product categories, like Tanishq and Titan, which marks its entry into the jewellery segment. The timing may have been off a little; the announcement of an import duty on gold might not have come at a worse time. That said, it’s a small exposure.
There were a few changes in the fund’s strategy in 2012. “Strategy has to be changed because  market conditions don’t remain the same at all times,” says Bhatt. “We have taken a small exposure on the discretionary spending side; normally, we are mostly in the non-discretionary side,” he adds.

How does stock selection work? The fund follows three simple rules for investing: focus on the category’s performance; pick only the top companies in any segment; analyse the company’s ability to bet on the future and invest in expanding capabilities.

“The category cannot be dying,” says Bhatt. “And firms should be price fixers, not followers.” Companies should have vision and ambition, which is what the future is all about, and strive to stay relevant. And don’t forget valuation, which is an important contributor to absolute returns.”

All in all, Bhatt is happy with the fund’s performance; any investor with a long-term horizon will find his fund very satisfying, he says. “Long-term investing will almost definitely give compound returns, but for a period of time they may remain slightly stagnant,” he says. “In this sector, there is no danger of a drastic fall in absolute prices of stocks the way it happens in other sectors.” His investors can take heart from that.